Katrina Kaif And Her 'Best People' are Chilling In Maldives

Katrina Kaif wrote: "My best people... Couldn't do much without you" 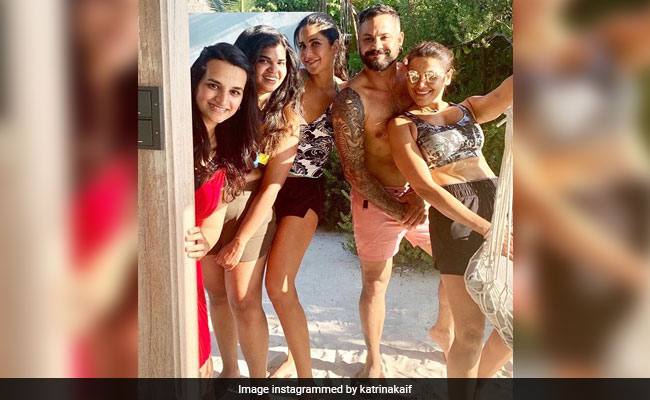 Katrina Kaif with her team in Maldives. (Image courtesy: Instagram)

Actress Katrina Kaif is currently chilling with her team, whom she calls her "best people," in Maldives. The actress shared a picture on Instagram with her team, including make-up artist Daniel Bauer and celebrity fitness instructor Yasmin Karachiwala. "My best people... Couldn't do much without you," she wrote. Daniel shared a different picture from their work-vacation diaries, which he captioned: "Team Time!" Katrina Kaif, who capped 20 million followers on Instagram on Friday, looked radiant in all the posts. Katrina also posted a cheerful video of herself by the beach thanking her 20 million Instafam.

Check out all posts from Katrina Kaif and her team's Maldives vacation:

20 million insta family... thank u for all the love

Katrina Kaif wasn't the first choice for the female lead of Bharat. She stepped in to Priyanka Chopra's shoes after the latter quit the project.

Bharat is a period film featuring Salman Khan in the title role. The film follows the protagonist through different phases of his life and in one, Katrina plays an integral role. Bharat also stars Tabu and Disha Patani. Bharat is based on Korean war drama An Ode To My Father, the rights of which were acquired by Atul Agnihotri.