Bharat: Katrina Kaif, thank you for posting this wonderful picture with Salman Khan 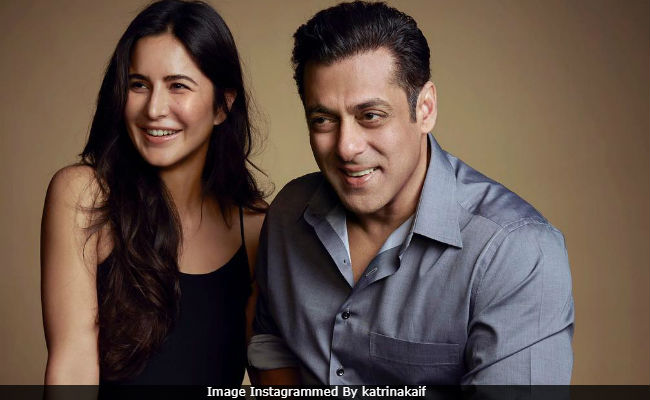 Katrina Kaif, thank you for posting this wonderful picture with Salman Khan. On Tuesday, Katrina treated her Instafam to a million dollar picture with her Bharat co-star Salman Khan and in her post, she thanked the 'bestest boys' for the film. "And that's a picture wrap on Bharat. It's been the most incredible and exciting character for me, the whole process of making this film has been so inspiring. Thank you, Ali Abbas Zafar, Salman Khan and Atul Agnihotri - the bestest boys - and Alvira Khan, the bestest girl," Katrina captioned her post. Bharat is Katrina's upcoming film with Salman and they wrapped up the film over the weekend. Ali Abbas Zafar has directed Bharat while the Atul Agnihotri (Salman's brother-in-law) is producing it.

Meanwhile, as soon as Katrina posted the picture, the Internet started revisiting hers and Salman's rumoured romance. "Why don't you'll get together" and "marry each other" are some of the comments posted. Salman and Katrina reportedly dated for four years before breaking up in 2009.

And that's a Picture wrap on Bharatits been the most incredible & exciting character for me, the whole process of making this film has been so inspiring .....thank u @aliabbaszafar and @beingsalmankhan @atulreellife ..the bestest boys and Alvira khan ( the bestest girl)

Isn't this a wonderful picture?

After completing Bharat, Katrina partied with her sister Isabelle and co-star Sunil Grover at a restaurant in Mumbai.

This is how team Bharat announced the film's wrap.

Bharat is a period piece based on Korean war drama An Ode To My Father. Katrina Kaif replaced Priyanka Chopra in the film after the latter quit the project in July.

The teaser of Bharat released in January and went viral soon, because Salman Khan (of course).