Bhool Bhulaiyaa 2 is slated for a July 31 release 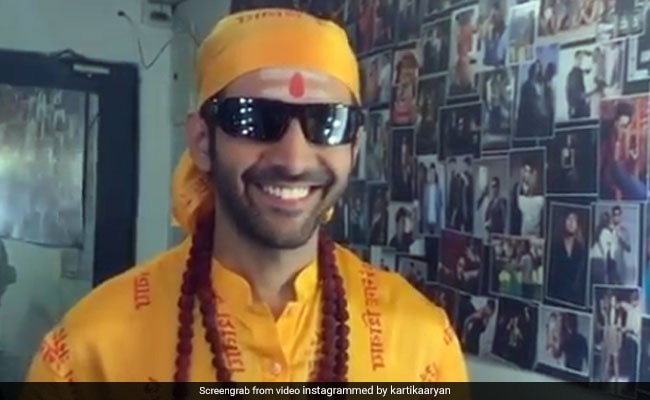 Kartik Aaryan, on Saturday, treated his fans to a video on his Instagram profile, and it makes us want to wait no longer for Bhool Bhulaiyaa 2 to hit the theatres. In the video, the Luka Chuppi actor can be seen smiling at the camera dressed exactly like Akshay Kumar from the 2007 movie Bhool Bhulaiyaa and humming the famous Bhool Bhulaiyaa tune, in what looks like a makeup room from the sets. The 29-year-old actor posted the video on Instagram with the caption: "Iss look mein Smile hi nahi rukti (Can't stop smiling in this look). Ting ding ting tiding ting ting. #BhoolBhulaiyaa2 Jaipur lets Roll. Mango Season Begins."

Earlier last year, Kartik had announced his association with the film on Instagram by posting his look from the film. Bhool Bhulaiyaa 2 is a sequel to the 2007 horror comedy blockbuster

Last year in November, Kartik Aaryan welcomed Tabu onboardBhool Bhulaiya 2 by sharing a photo of the actress on social media with the caption: "Welcome Tabu ma'am to the world of #BhoolBhulaiyaa2. Cant wait to Shoot !!"

Kartik Aaryan, who was last seen in Imtiaz Ali's film Love Aaj Kal, is currently in Jaipur shooting for Bhool Bhulaiyaa 2. The film is directed by Anees Bazmee and co-produced by Bhushan Kumar's T-Series. Besides Kartik, this upcoming horror comedy also stars Tabu and Kiara Advani in leading roles. Bhool Bhulaiyaa 2 is slated to release on July 31 this year.