"Happiest near the ocean," Natasha Poonawalla 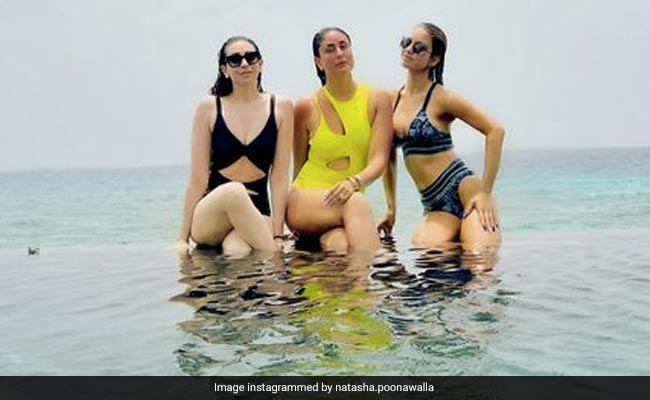 Kareena Kapoor is currently vacaying in the Maldives with her sister Karisma Kapoor, sons Taimur and Jeh Ali Khan and nephew Kiaan Raj Kapoor. The actress shared several pictures, enjoying herself on the beach. However, recently, she was joined by her friend Natasha Poonawalla. The actress shared a stunning image of herself with Karisma and Natasha as they enjoyed the pool session. In the post, all three can be seen clad in gorgeous bikinis--Bebo looked alluring in a yellow swimsuit, Karisma donned a black swimsuit and Natasha was seen in a black bikini.

Sharing the post, Kareena Kapoor captioned it as, "Aloha" and "Gal pals". Check out the picture below: 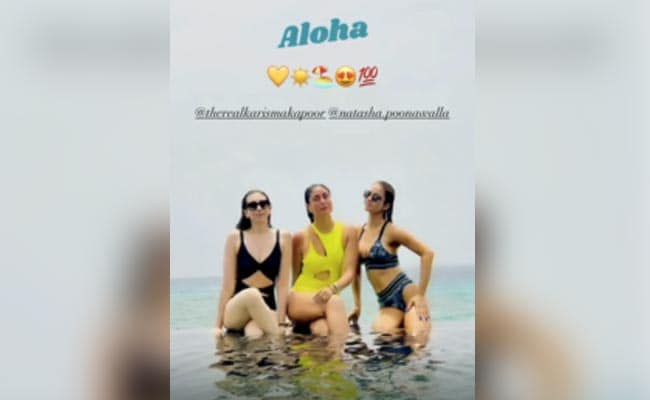 Natasha Poonawalla also shared some stunning pictures with Bebo and Lolo, giving her followers a sneak peek into her Maldives vacation. Sharing the images on her Instagram handle, she wrote, "Happiest near the ocean. Quick trip with my girls and their precious babies - a day of snorkelling, chatting, comfort food and posing (of course). Reminder to #wearyoursunblock!"

As soon as she shared the post, her industry friends bombarded the comment section. Amrita Arora was among the first ones to drop a comment, she wrote, "Missed this," along with three heart emoticons.

Meanwhile, on the work front, Kareena announced her OTT debut with Sujoy Ghosh's next film, co-starring Jaideep Ahlawat and Vijay Varma. The untitled murder mystery will release on Netflix. Also, she is awaiting the release of her much-delayed movie Laal Singh Chaddha, co-starring Aamir Khan. The film is slated to hit the theatres on August 11.