Kareena Kapoor Wins The Internet With Her "Workout Pout" - Yes, It's A Thing

"The workout pout... It's a thing... Really!" wrote Kareena Kapoor 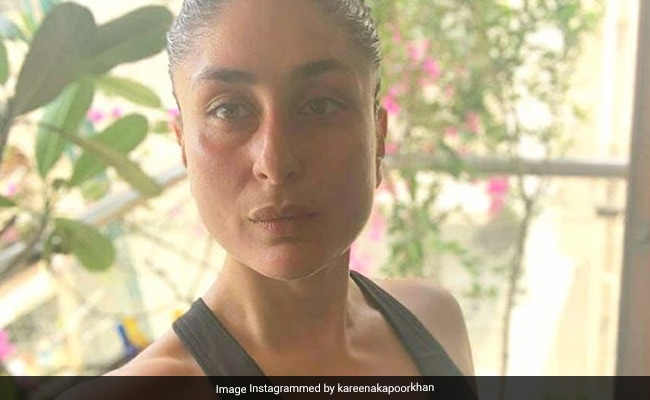 Every time Kareena Kapoor updates her Instagram, she wins over the Internet. The actress, who officially joined the social media platform earlier this month, occupied a spot on the list of trends on Monday, courtesy her iconic pout. However, this time, the actress gave her pout a twist and proved that "workout pout is a thing." Kareena, who is keeping up with her workout regime even during the lockdown, shared a post-workout picture of herself on Sunday and it is going viral on social media. In the selfie, the actress can be seen pouting for the camera after working out at home. Sharing the picture, Kareena hilariously captioned it: "The workout pout... It's a thing... Really!"

Since then, she has shared pictures of her actor husband Saif Ali Khan, son Taimur, sister Karisma, mother Babita and co-star Aamir Khan on her profile. Our favourite turned out to be the throwback photo she shared of herself. Take a look:

Me... when someone tries to shake my hand these days! #StayHome #StaySafe #SocialDistancing

On the work front, Kareena Kapoor was last seen in Angrezi Medium, which released before the Coronavirus lockdown. The film will re-release in theatres once the COVID-19 threat gets subsided.Angrezi Medium also starred Irrfan Khan, Dimple Kapadia and Radhika Madan. Kareena has a couple of films in the pipeline. She will be seen in Karan Johar's Takht, in which she will co-star with Alia Bhatt, Ranveer Singh, Vicky Kaushal, Bhumi Pednekar and Anil Kapoor. She also has Aamir Khan's Lal Singh Chaddha in her kitty.