Read inOther Languages
This Article is From Jul 20, 2018 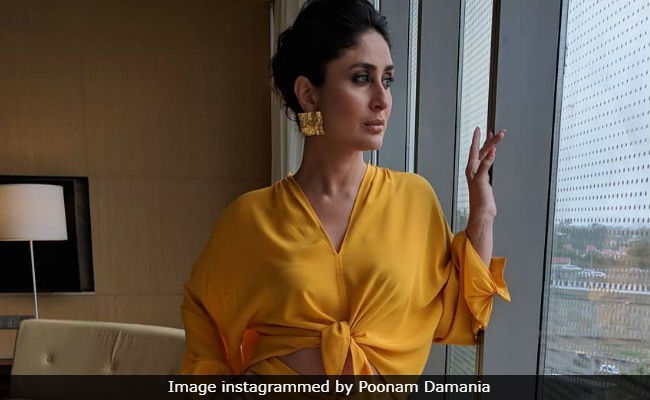 Kareena Kapoor on the sidelines of an event in New Delhi. (Image courtesy: Instagram)

Back from London, Kareena Kapoor wasted no time in getting back in the work mode. Kareena was recently spotted in New Delhi for an event with filmmaker Karan Johar and boy, she looked stunning. Kareena wore a bright yellow Tome NYC dress with nude Steve Madden pumps, accessorised with Misho mini sierra studs. Kareena Kapoor, who was last seen in Veere Di Wedding looked fabulous. She attended an event in the Capital with Karan Johar and Kareena's manager Poonam Damania also shared a picture of the "deadly duo." Kareena Kapoor returned to Mumbai last week and she has been spotted at Mumbai's Mehboob Studio twice since then. Clearly, Kareena's sorted when it comes to work or vacation.

Here are photos of Kareena Kapoor from the Delhi event.

Though Kareena Kapoor was spotted at the film studio, it was reported that she was busy completing her advertisement commitments, which were put on hold for her month-long vacation. Kareena Kapoor Khan has reportedly signed a Karan Johar film but an official announcement is awaited.

During the  promotion of Veere Di Wedding - her first film after the birth of Taimur - Kareena made it clear that she intends to make one film in a year. Kareena also added that she and her husband Saif Ali Khan have decided to divide their work schedules in a way that Taimur get the attention of at least one parent.

When Kareena Kapoor was busy with the event in Delhi, Saif Ali Khan was spotted looking after Taimur. Saif Ali Khan is basking in the success of Netflix series Sacred Games while he's awaiting the release of Baazaar.