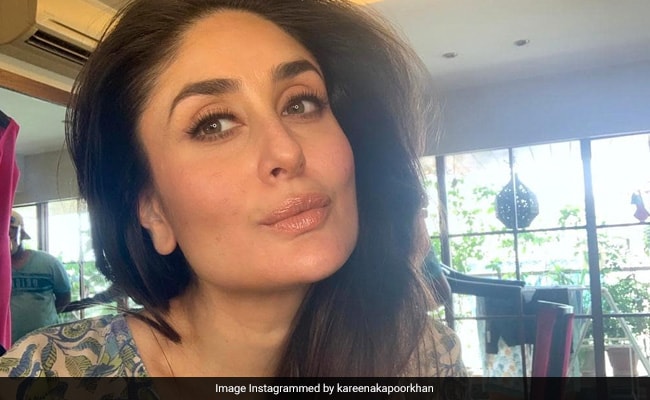 Jennifer Lawrence's Sunday red carpet moment has left the world in awe. At the premiere of her upcoming film Don't Look Up in New York City, the 31-year-old actress showed off her baby bump and sent the Internet into a meltdown. It's not just us who are going crazy over her photos. Bollywood actress Kareena Kapoor Khan is also in awe of Jennifer Lawrence's pregnancy. Kareena posted a photo of the Hollywood actress on Instagram Stories to show her excitement. The photo featured Jennifer and her co-star Leonardo DiCaprio. Kareena appreciated Jennifer's pregnancy glow and wrote "Simply gorgeous." We know it, right? Here's Kareena's post. Jennifer Lawrence is expecting her first child with her husband and art gallerist Cooke Maroney. They have been married since 2019. There has been quite a buzz about Jennifer Lawrence's pregnancy in the past few months. Last month, she was spotted at an intimate screening of Don't Look Up at the Ross House in Los Angeles. There again, we could see her baby bump.

Jennifer Lawrence showed up at her film's premiere in a shimmery gold fringe gown. Alongside her, Leonardo DiCaprio picked a navy blue three-piece suit. The premier was held at Jazz in Lincoln Center. Don't Look Up is scheduled for a limited theatrical release on December 10. Netflix will stream it on December 24. According to reports, the movie's filming began in November 2020 in Boston, Massachusetts. The shoot wrapped up in February 2021.

Don't Look Up is based on the media tour of two low-level astronomers, played by Jennifer Lawrence and Leonardo DiCaprio. The two are set for the tour in order to warn the world of an approaching comet that may destroy planet Earth. The sci-fi disaster comedy-drama is directed by Adam McKay.