Karan Johar's Emotional Letter To Twins: You Are Different, Not Wrong

Karan Johar will read an emotional letter he wrote to his twins on television show TED Talks India: Nayi Soch 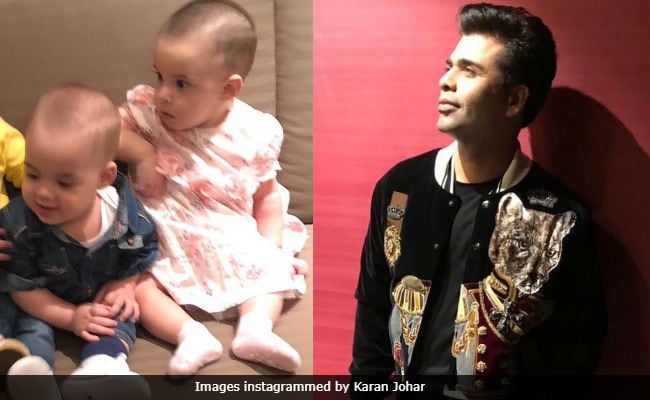 New Delhi: Karan Johar is all set to appear on new television show TED Talks India: Nayi Soch, which is hosted by Shah Rukh Khan, where he will read a letter addressed to his twins Yash and Roohi, reports mid-day. In one part of the letter, Karan tells his twins that no one can "label you" for being different. mid-day reports that Karan read: "As you grow up, people will try to label you according to colour, looks, religion, popularity, and money. People will gossip about you, but know that no one can label you. Just because you are different, it doesn't make you wrong. You may be treated differently in school; mothers of your classmates will come to drop them, but you will have your father to take care of that. While most of your classmates' mothers will make a WhatsApp group to discuss your homework, I will be the only father in it."

Karan Johar's twins were born via surrogacy in February this year. Karan Johar described his first meeting with the tins to news agency PTI as: "When I saw them for the first time, I didn't realise there were tears rolling down. I couldn't believe they were two big pieces of me who are staring at me, who are innocent, vulnerable. It was the most surreal overwhelming emotion I have ever experienced."

Karan Johar is a protective father and he shared the first picture of his twins on social media on Raksha Bandhan, when they were six-months-old. He shared some pictures subsequently and the most recent ones are from Rani Mukerji's daughter Adira's birthday party, where yash and Roohi bonded with Kareena Kapoor's son Taimur.

Here's the first picture of Yash and Roohi shared by KJo:

Promoted
Listen to the latest songs, only on JioSaavn.com
Karan named his son after his late father Yash Johar and Roohi's name is derived by rearranging the letters of his mother Hiroo Johar's name.