Karan Johar shared a picture of his twins, Roohi and Yash, on social media today 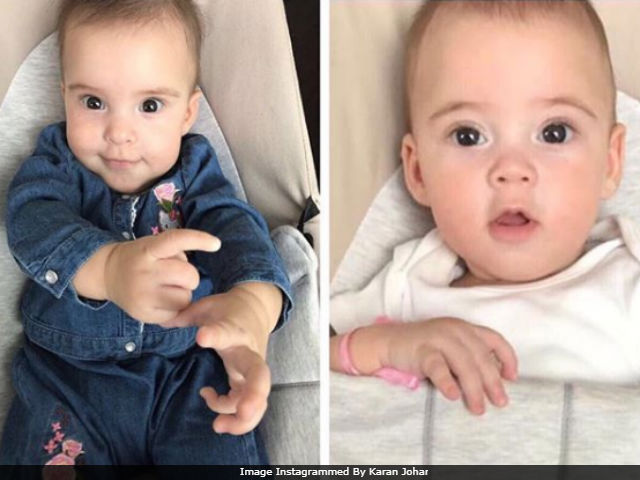 Roohi and Yash were born in February (Image courtesy: karanjohar)

New Delhi: Filmmaker Karan Johar, who became a father last February, shared another picture of his twins, Roohi and Yash, on social media today. In the collage shared by KJo, Roohi and Yash are looking straight into the camera and smiling. (They are adorable). "My world 2.0," Karan Johar, 45, captioned the picture, adding heart emoticons. KJo's twins were born via surrogacy on February 7. Due to their premature birth, Yash and Roohi were hospitalised for 50 days. Karan Johar brought them home later in March. Roohi is a rearrangement of Karan Johar's mother's name Hiroo while Yash has been named after his late father, filmmaker Yash Johar.

Earlier this month, on the occasion of Raksha Bandhan, Karan Johar shared the first picture of his twins. Roohi and Yash turned 6-months-old that day. The picture also featured Hiroo Johar along with Roohi and Yash. "Loves of my life," KJo wrote.

While in New York for the IIFA awards, Karan Johar shared this about his babies.

I miss my babies!!!! #roohiandyash

After the birth of Roohi and Yash, Karan Johar revealed his parenthood plans to news agency IANS. He said, "I am playing both mother and father in this dynamic, so I have a double role to play and for me, it's even more daunting. I have told myself that I am not going to be a hysterical, hyper parent."

Karan Johar also plans to make a film which would relate to his 'excitement' of having his kids. "It's not that I will make parental film but there would be layers in my next film that would actually explicitly portray my humongous level of excitement for having Yash and Roohi," he told PTI.