Karan Johar 'Won't Apologise' For His Larger-Than-Life Films Because...

"I made that kind of films because I was raised in a certain atmosphere and there was also an aspiration attached to my thinking," said Karan Johar 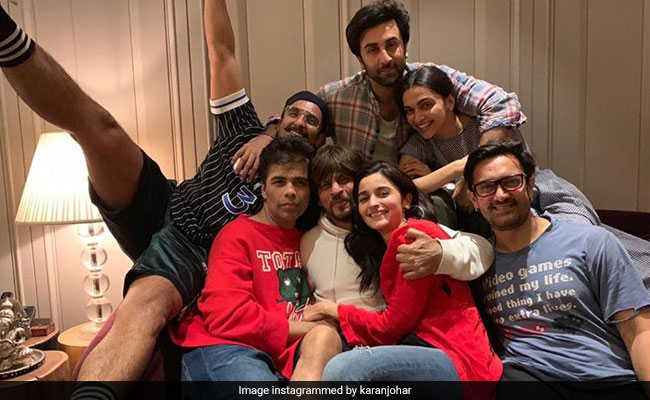 In Bollywood, the name Karan Johar means swanky sets, ensemble casts, breath-taking locales and stunning costumes - all ingredients of a majestic cinematic experience. The 47-year-old filmmaker, who comes from a filmy background (he's the son of late filmmaker Yash Johar and Hiroo Johar), has his resume dotted with films such as Kabhi Khushi Kabhie Gham, Kabhi Alvida Naa Kehna, Student Of The Year and Ae Dil Hai Mushkil. Often accused of overtly glamorising life in films and deviating far from reality, Karan Johar explained his choice of subjects at a recent event. "I made that kind of films because I was raised in a certain atmosphere and there was also an aspiration that was attached to my way of thinking. I always thought that cinema was meant to be larger-than-life and therefore, I created characters that were aspirational," PTI quoted him as saying at author Shunali Khullar Shroff's book launch for Love In The Time Of Affluenza in Mumbai.

Karan Johar admitted that Bollywood has evolved with time, which means its time for him to change too: "But somewhere down the line, cinema's syntax changed and I have to kind of adapt to that, and make sure that my characters are more rooted and real, so that they don't seem so flashy anymore," PTI reported him as saying.

Talking about being criticised for his "larger-than-life" films, Karan told the media: "I am accused of affluenza but, having said that, I won't apologize for the films that I have made, although I think I have to tweak the level of affluenza in future."

Making a direct reference to Ae Dil Hai Mushkil, in which Ranbir Kapoor featured as a wealthy family scion, KJo said: "When you talk about my films and affluenza, then that's been criticism. Everyone says I make films about first world problems. It is said that if Ranbir Kapoor flies a private plane in a film, then his heart shouldn't be broken at all. Apparently, if you are wealthy you are not allowed to feel pain."