"He has the mad intensity of Shah Rukh Khan," Karan Johar said 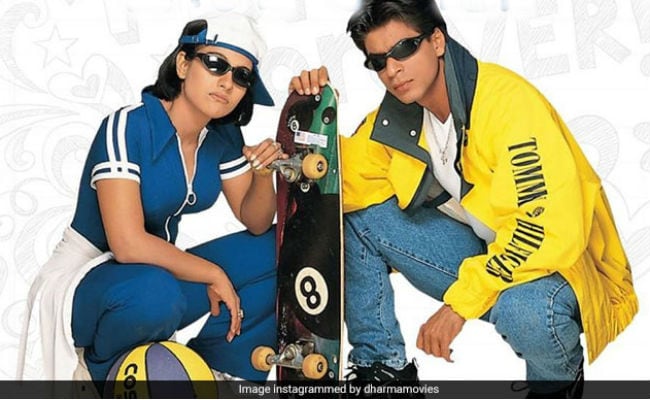 Kajol and SRK in a still from the film. (Image courtesy: dharmamovies)

Kuch Kuch Hota Hai, starring Shah Rukh Khan, Kajol and Rani Mukerji, is arguably one of the most iconic films directed by Karan Johar and TBH, it is impossible to imagine anyone else play these roles. However, we wouldn't mind if a remake of the film were to be made today. The reason we brought this up today is because during a recent media interaction, the film's director Karan Johar revealed his dream cast for the film's reboot. Kjo stated that he doesn't plan on making remake of the 1998 film anytime soon. However, if he were to make one, he would like to see Ranveer Singh, Alia Bhatt and Janhvi Kapoor in the roles of Rakul, Anjali and Tina, respectively, reports news agency IANS.

"On my wish list would be Ranveer Singh as Rahul. He has that mad intensity as Shah Rukh Khan. Alia Bhatt as Anjali. She has the spunk and Janhvi Kapoor as Tina because she has the poise and balance of the part," IANS quoted Karan Johar as saying.