Karan Johar looks dapper in his jacket and sunglasses 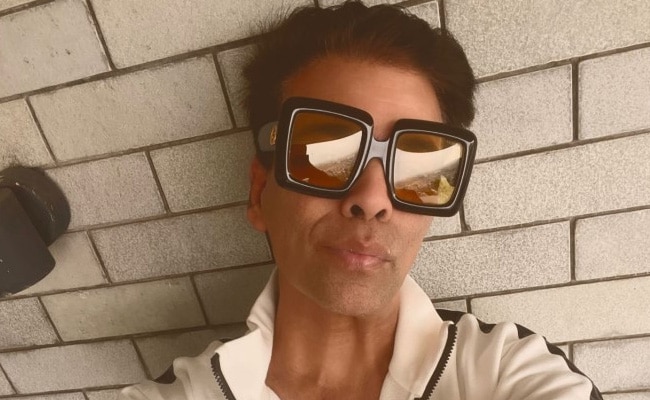 Karan Johar is undoubtedly one of the most celebrated filmmakers in the country today but he is also a celebrity who wears many caps. For instance, the director-producer's fashion statements have earned him a separate fan base, with fashionistas taking notes each time he drops a picture. On Tuesday he set major selfie goals with an image in which he is flaunting his famous pout. But what Karan Johar wants his Instafam to focus on is his oversized sunglasses. In a note on his Instagram Stories, he said, “Chehra kya dekhte ho? Glasses mei utar kar dekho na (Why are you looking at the face? Dive into my glasses instead).” 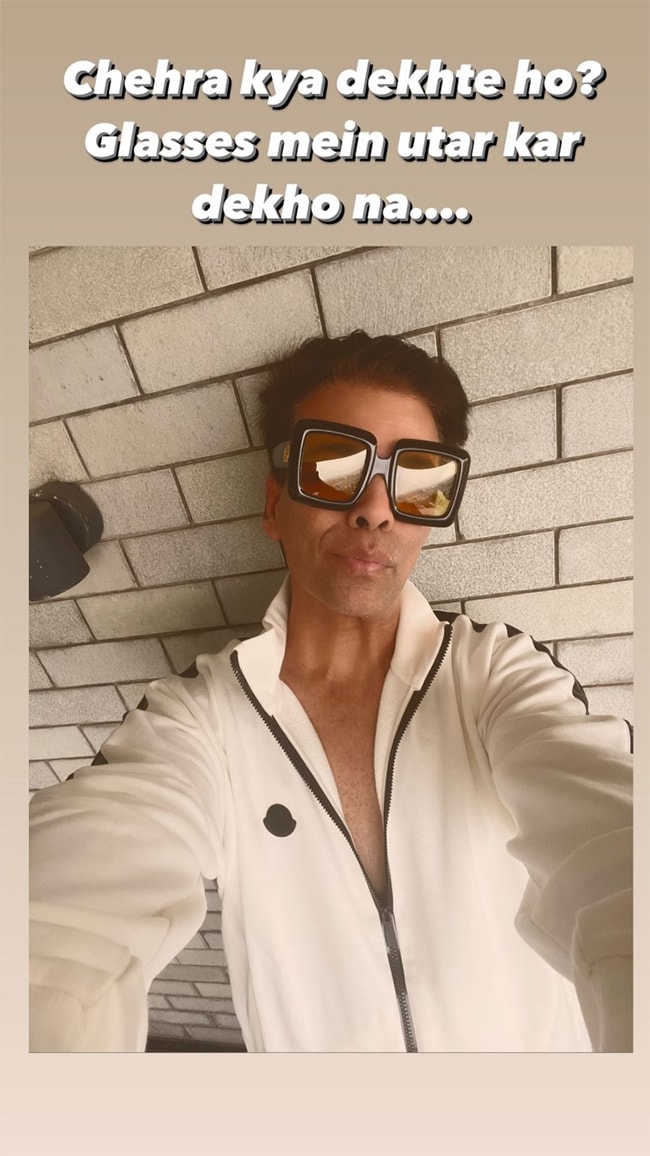 On Monday, Karan Johar shared another picture, this time a mirror selfie, in which he is seen wearing a shirt with palm trees printed on it. In a note, he joked, “Shooting at Royal Palms and looking like one.” 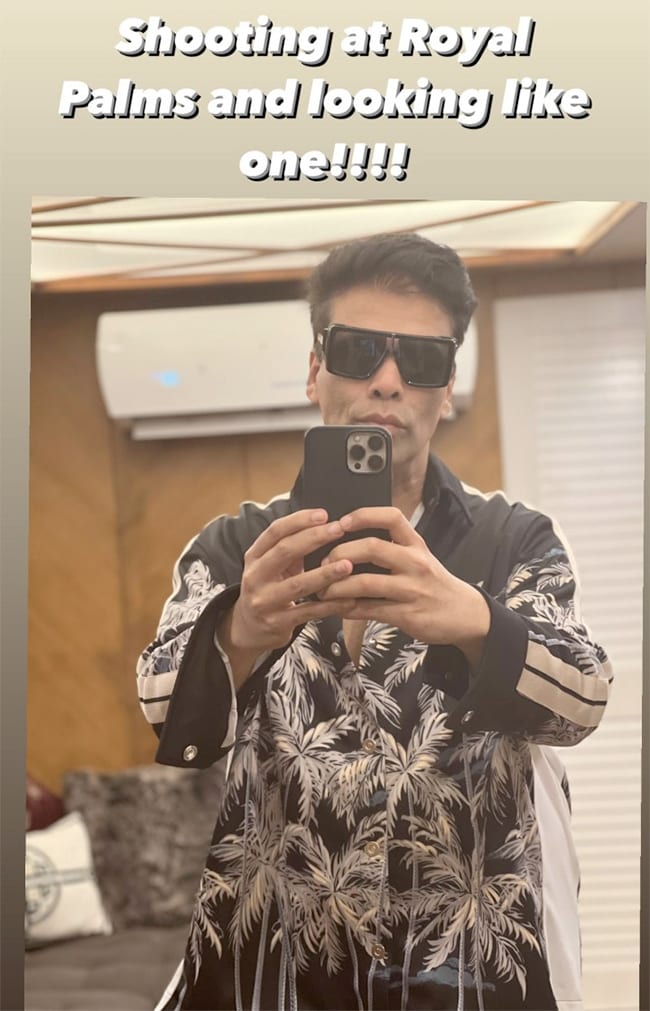 Two days ago, Karan Johar posed for a bunch of glamorous pictures in which he is seen in a Dolce & Gabbana jacket worn with a shirt, straight pants and a tie. In the caption, he said, “Not ‘tied' down to anything or anyone. Only way to be.”

Replying to the post, Ranveer Singh dropped a fire emoji.

On the work front, Karan Johar's Dharma Productions has a bunch of upcoming films including Govinda Naam Mera, Jug Jugg Jeeyo Films, Liger, Brahmastra and Yodha, among others. He is also returning to directing a full-length feature film after seven years with Rocky Aur Rani Ki Prem Kahani.