Karan Johar Acquires The Rights Of Hridayam. He Is "Delighted And Honoured" 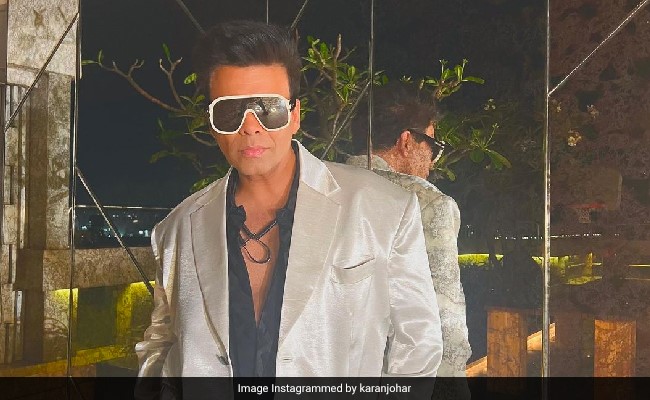 Karan Johar never fails to surprise us with some of the most happening updates from Bollywood. From housing big parties to project announcements, the filmmaker keeps us hooked with his social media posts. Here's another big news from his side. And, this time, it's about a new project that we may see soon. Karan Johar has announced through an Instagram post that his Dharma Productions and Fox Star Studios have now acquired the rights to the Malayalam romance film Hridayam. He wrote, "I am so delighted and honoured to share this news with you. Dharma Productions and Fox Star Studios have acquired the rights to a beautiful, coming-of-age love story, Hridayam in Hindi, Tamil and Telugu – all the way from the south, the world of Malayalam cinema." He added, "Thank you Visakh Subramaniam and Merryland Cinemas for this huge win. Can't wait for you to see it. More updates incoming, stay tuned." Visakh Subramaniam and Merryland Cinemas were the producers behind the Malayalam original movie. The film was written and directed by Vineeth Sreenivasan, who is best known for his 2012 movie Thattathin Marayathu.

Visakh Subramaniam posted the same poster and wrote, "I am excited, honoured and extremely happy to announce that the Hindi, Tamil & Telugu remake rights of Hridayam have been acquired jointly by Dharma Production and Fox Star Studios. It is a dream come true for our team, to be associating with these two prestigious and respected names in the industry. Thank you Madhavan sir, Karan Johar sir and Apoorva Mehta sir for your faith in our film." He added, "Heartfelt thanks to audiences all over the world for the immense love you have showered upon our film."

Visakh Subramaniam also posted a photo with Karan Johar and Dharma Productions CEO Apoorva Mehta. The long note included words of gratitude like, "Today, it is a dream come true to have my film's remake rights acquired by two of the most prestigious banners, whose films I've loved and enjoyed over the years."

Hridayam was released in the cinemas on January 21 this year.