The Kapil Sharma Show is currently off air 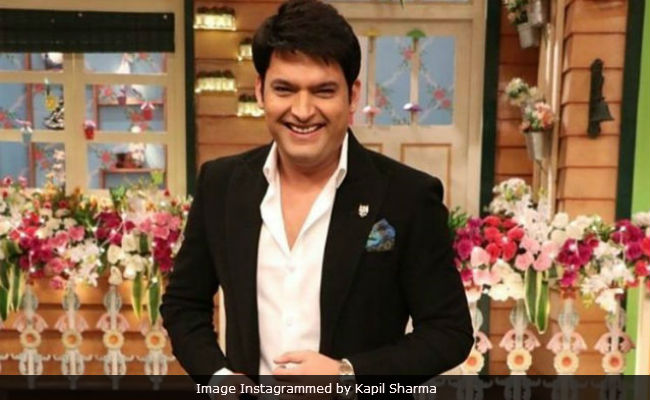 New Delhi: After innumerous controversies and setbacks, Kapil Sharma, who recently featured in Firangi, is all set to return to the small screen with The Kapil Sharma Show, which is currently off air. Kapil's comedy series was taken off air due to his ugly mid-air altercation with former colleague Sunil Grover and Kapil's health issues. When asked about pushing his limits and trying something new, Kapil told mid-day: "It will be boring for me and the audience if I don't. That's why I am planning a radical change in The Kapil Sharma Show." Kapil also discussed his career plans and some personal decisions with mid-day.

Of Firangi, which is Kapil's second film after Kis Kisko Pyaar Karoon, he said: "My friend Rajiv Dhingra who directed Firangi sat with me. We exchanged ideas on what we would do together. We decided we would do a period film for sure. But we didn't want to do the usual 'evil colonisers and innocent peasants' movie. We wanted to do a fresh take on the Raj. I think we succeeded in doing that."

In Firangi, Kapil features as an Indian villager Manga, who is British government's servant with a 'magical kick.' Of his character, he told mid-day: "Haan, mera character bholepann mein hi bahut kuch kar jaata hai. Rajiv Dhingra knew that the audience wanted to see me playing a normal guy who can make others laugh."

Promoted
Listen to the latest songs, only on JioSaavn.com
Recently, Farah Khan had posted a tweet about 'mannerless' people who think a WhatsApp message invite is enough for her to show up for events. The tweet quickly made headlines and the Internet thought that it meant Kapil Sharma, whose Firangi's screening was held last week. When asked if Kapil has shown his film to his Bollywood friends such as Shah Rukh Khan or Akshay Kumar, he said: "Not yet. We had a screening for the cast and crew and family on Thursday. They will say only nice things. Very often, we actors and entertainers get cut off from reality because we surround ourselves with yes-men. It's very important to listen to people who don't flatter you and who correct you when you're wrong."

Kapil Sharma's Firangi, which released last Friday has not received a good response from the audience and hence is not able to up its scores. Well, let's see what The Kapil Sharma Show has in store for us!