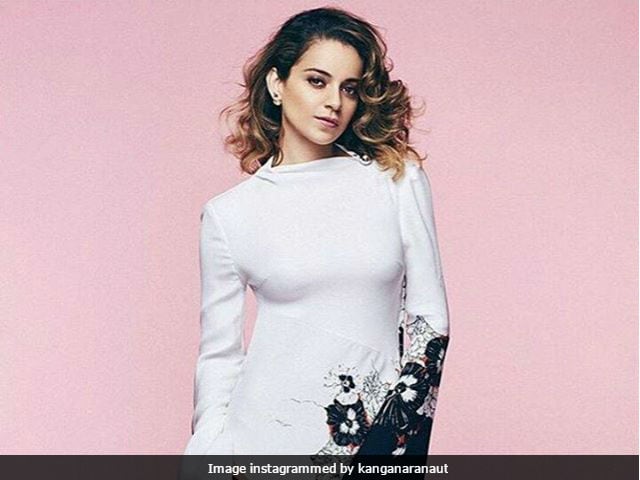 New Delhi: Kangana Ranaut, who was last seen in Rangoon co-starring Shahid Kapoor and Saif Ali Khan, will shoot for the first poster of Rani Laxmibai biopic on her birthday, reports mid-day. The Queen actress collaborated with filmmaker Ketan Mehta and had been working on the movie's script for the last two years. However, mid-day now reports that the film will be directed by Telugu filmmaker Krish. The Rani Laxmibai biopic has been titled Manikarnika which was her birth name. A source close to mid-day said: "The new film will be helmed by a fresh team. A top studio, too, has agreed to back the venture, which is envisioned as an action-packed, feisty film. It is the biopic of an ordinary girl, who when faced with tough times, discovered the warrior in her. The film will go on floors in mid-May."

"The actress and the filmmaker couldn't find common ground on the language factor, leaving the project in a limbo," mid-day quoted the source as saying.

"Ketan was insistent that his movie be made in English for an international audience, like Gurinder Chadha's The Viceroy House, but those working on the film felt it won't go with the ethos of the story," mid-day quoted the source as saying.

Manikarnika is being written by KV Vijayendra Prasad. His recent works include Baahubali: The Beginning and Bajrangi Bhaijaan. Both films, which released in 2015, became the biggest blockbusters of the year.

Promoted
Listen to the latest songs, only on JioSaavn.com
Kangana Ranaut made her Bollywood debut with the 2006 film Gangster. In a career spanning 11 years, the Tanu Weds Manu actress has won three National Awards - one for a supporting role in Fashion and two for lead roles in films such as Queen and Tanu Weds Manu Returns.

Kangana will next be seen in Hansal Mehta's Simran. The film is scheduled to release on September 15.