"I am so happy and proud of her that Kangana Ranaut has made this film and given a great performance as well," said Waheeda Rehman 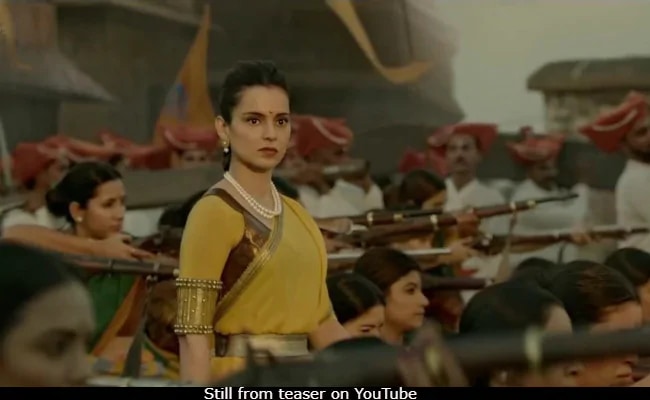 Kangana Ranaut in a still from Manikarnika (courtesy YouTube)

Waheeda Rehman, who enjoyed a screening of Kangana Ranaut's new film Manikarnika: The Queen Of Jhansi, had everything nice to say about the film and the 31-year-old actress, who acted in and also co-directed the film with Krish. "I called Kangana to show me this movie because I was very keen. I really liked the film. She has done a really good job - acting and directing," IANS quoted the veteran actress as saying. Waheeda Rehman's statement comes amidst the ongoing controversy over credit of the rightful director of the film. Krish claims he filmed most of the project, which Kangana later modified in to the final product. Krish's allegations have been refuted by Kangana's sister in scathing tweets.

Waheeda Rehman also added that she indeed is "proud" of Kangana for having turned Manikarnika in to a successful film and also gave a thumbs up for her performance: "She is also looking very beautiful in the film. I am so happy and proud of her that she has made this film and given a great performance as well," said the actress.

Joining Waheeda Rehman for the screening was actress Asha Parekh, who said Kangan looked perfect as the warrior queen: "She has done a lot of hard work for the film and she has done a really nice job. She looks exactly like the Rani of Jhansi, regal in every aspect. I hope the film runs for a very long time," IANS quoted her as saying.

Meanwhile, as the Manikarnika controversy rages on, the film continues to have a decent run at the box office and has scored over Rs 56 crores in just six days in theatres. Following Rangoli Chandel's dismissal of Krish's claims, Manikarnika actress Mishti Chakravarty alleged in an interview that Kangana made "fake promises" to the film's cast. Krish further sent out a tweet addressed to Team Kangana to say "please realise your lies are making things worse."