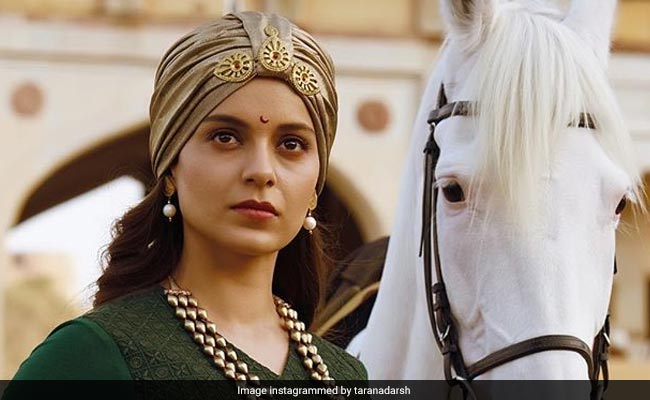 Kangana Ranaut's new film Manikarnika: The Queen Of Jhansi continues to rake in more and more numbers at the box office. On Thursday, trade analyst Taran Adarsh tweeted to say that the period piece has recorded Rs 56.90 crore worth of ticket sales in six days. Manikarnika has shown consistent performance at the box office even on weekdays, tweeted Mr Adarsh and said: "Manikarnika shows solid trending on weekdays... Rs 60 cr [+/-] total [Week 1] is excellent." The biopic on the queen of Jhansi scored the single-day highest on Saturday, which was a holiday for Republic Day, with as many as Rs 18 crore.

Meanwhile, Manikarnika is trending not just for the box office numbers but also because of the ongoing feud between Krish and Kangana Ranaut over credit for the film's primary director. While Kangana's sister Rangoli Chandel has dismissed the claims made by Krish, celebs such as Bejoy Nambiar, Pooja Bhatt, Apurva Asrani and Mishti Chakravarty (who also stars in Manikarnika) have rooted for Krish.