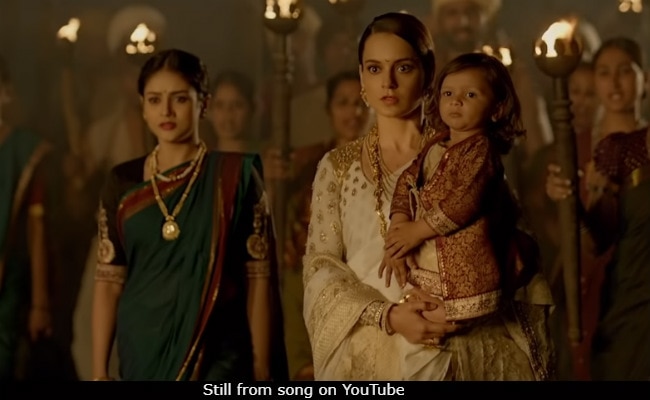 Actress Mishti Chakravarty added her own version to the ongoing Manikarnika debate over the rightful claim to the director's throne in a recent interview with Bollywood Hungama. Mishti, who features as Kashi Bai in Kangana Ranaut's Manikarnika, said the final version of the film took her by surprise as: "This was not what I was expecting. This was not what we shot for. This was not what I was promised." Mishti firmly corroborated Krish's claim that Kangana made extensive changes in the film and said: "I would go with Krish's version. Kangana modified the movie in the edit." Mishti's words about Kangana chopping off other actors' sequences to "glorify" her own scenes are just a reiteration of what Krish had told news agency IANS earlier.

"To glorify yourself, you don't need to put others down. If you are great, you will stand out in the crowd. If you don't have the confidence, you will want it all for yourself," Mishti Chakravarty told Bollywood Hungama while only recently, Krish told IANS: "This film was not made to glorify Kangana Ranaut. It was meant to extol our great freedom fighters."

Mishti claimed that when Kangana took over as the director, she promised to assign substantial screen space for the supporting characters for proper introduction but the end result was quite different. "I want dates because all characters look jumbled up. I want to introduce them properly. I have taken nice close ups... I trying my best to give everybody a prominent space on screen," this was Kangana's statement as told by Mishti, who added: "After watching the movie, there is no scope for other characters. So there was no need to make fake promises." Mishti also apparently joined the cast of the film because the producer told her the role would prove her with "fantastic scope of acting which is at par with the leading lady of the film."

Manikarnika released to make Rs 50 crore in five days. But soon after the film's release, director Krish outraged over Kangana claiming credit for the primary director of the movie. Krish said it was he who directed most of Manikarnika while Kangana edited out chunks in his absence. Meanwhile, Kangana's sister Rangoli Chandel has countered all allegations levelled by Krish and added that Krish in turn tried to ruin the project once he left mid-day to shoot the NTR biopic.

During the ongoing feud between Kangana and Krish, the latter has been supported by Pooja Bhatt, Bejoy Nambiar and writer Apurva Asrani, who had challenged Kangana's writing credits for 2014 film Simran. On the other hand, Ankita Lokhande, who plays an important supporting role to Kangana in the film, said Kangana was "fantastic" as a director.