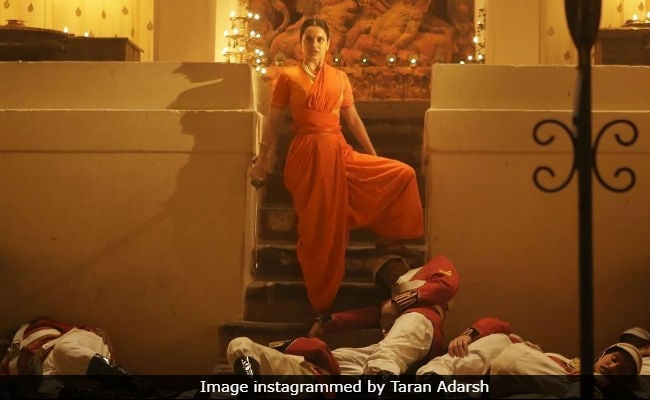 Kangana Ranaut's Manikarnika: The Queen Of Jhansi is making big bucks at the ticket window as it cruised past the Rs 50-crore mark on Tuesday, tweeted trade analyst Taran Adarsh. "Manikarnika crosses Rs 50 crore. Despite positive feedback, the business is clearly divided. Some circuits holding well, some aren't. Weekend #2 is crucial," he said. Manikarnika collected Rs 52.40 crore (from Hindi, Tamil and Telugu versions) in five days. Industry insiders are mighty impressed with the box office performance of Manikarnika. The film is based on the life of Jhansi's Rani Laxmi Bai, who valiantly fought the East India Company in the Indian Rebellion of 1857.

Speaking about the film's success, industry expert Vinod Mirani told news agency IANS: "She (Kangana Ranaut) carries Manikarnika solely on her shoulders. The film's budget is high but the ladies audience is expected to salvage it." Trade analyst Girish Johar added, "It's a Herculean task well achieved." He also told IANS that Kangana's job was to 'draw the audience to cinemas, in which she succeeded.'

Apart from its winning stride at the box office, Manikarnika and Kangana Ranaut are trending for the ongoing row with Krish over the film's directing credits. Krish claims 70 per cent of his work has been retained in the final version while Kangana's sister Rangoli Chandel claims otherwise. She recently accused Krish of trying to sabotage the project by "taking away the film's director of photography away and not letting the assistant director's from previous team to work with Kangana."