Kamal Haasan Reveals Vishwaroopam 2 Will Arrive In Theatres This Year 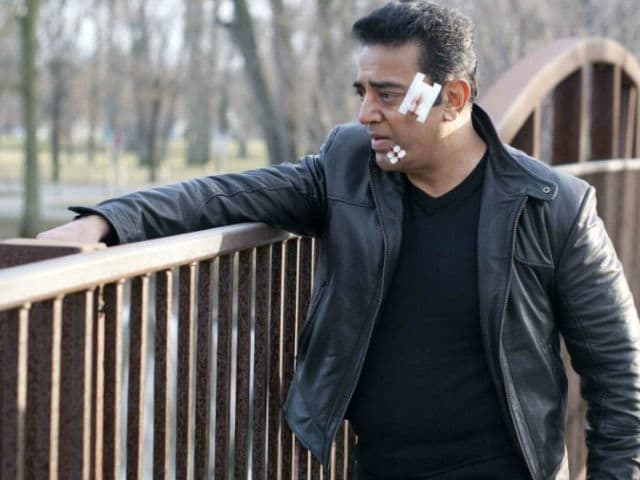 Kamal Haasan in a still from the film

New Delhi: Kamal Haasan has shared a delightful update about his much-awaited thriller Vishwaroopam 2. The superstar tweeted to say that the second part of the National Award-winning 2013 mystery drama will hit screens this year. "Happy to announce, Raajkamal Films International has taken over the responsibility of bringing Vishwaroopam 2 within this calendar year 2017," Mr Haasan tweeted on the weekend. "Take it away lasses and lads. V R2 is yours to enjoy. I persevered in spite of political interferences. Was worth it," he added. The first part of Kamal Haasan's film released after battling hurdles - it was involved in a controversy demanding that the film's name be changed and was also subjected to a ban in Tamil Nadu.

However, all the trouble was "worth", says Kamal Haasan.

Happy to announce, Raajkamal Films International has taken over the responsibility of bringing Vishwaroopam 2 within this calendar year 2017

Take it away lasses and lads. VR2 is yours to enjoy. I persevered inspite of political interferences. Was worth it. For my Nation & me

Mr Haasan has kept his fans and followers regularly updated with the film's status. Earlier this year, he tweeted to say "bigger obstacles are out of the way" and that only technical and legal issues are to be taken care of. However, a source close to the film's unit told news agency IANS that Vishwaroopam 2 was still scheduled to shoot for a period of 10 days.

4 all looking forward to VR2. Am personally getting in 2 clear the path. Bigger obstacles are out of the way. Whats left istechnical & legal

Promoted
Listen to the latest songs, only on JioSaavn.com
Kamal Hassan features as secret agent Wisam Ahmad Kashmiri in the spy thriller. Written and directed by Kamal Haasan, Vishwaroopam 2 also stars Shekhar Kapur, Andrea Jeremiah and Pooja Kumar. The terrorist Wisam was expected to arrest was Omar Qureshi, played by Rahul Bose, who escaped in the end of the movie and is expected to return.

Kamal Haasan was last seen in a guest appearance in Meen Kuzhambum Mann Paanaiyum and will soon be seen in spy comedy Sabaash Naidu.