We love Kajol and Tanishaa's coordinated outfits in the picture 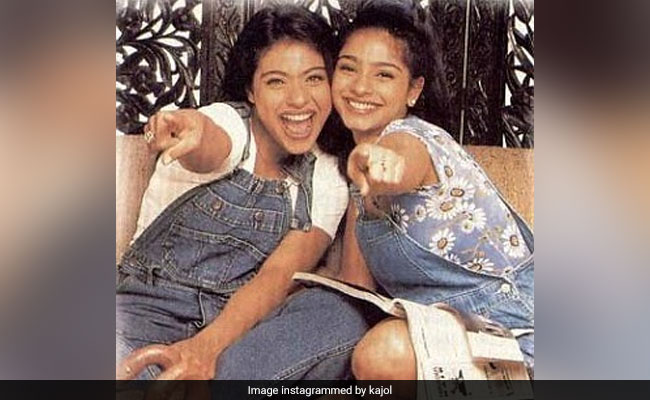 Kajol, who was MIA (missing in action) at her sister Tanishaa Mukerji's birthday celebrations, made up for her absence with her super cute greeting. The 45-year-old actress dug out a priceless throwback picture from her family photo archive. In the photograph, the sister duo can be seen posing in a similar fashion as they smile for the camera. Kajol and Tanishaa can be seen twinning in dungarees. The actress captioned the post: "Hey, you..... Happy birthday, you sweet girl. Wish you the world. #Devi." As of now, Tanishaa hasn't reacted to her sister's post but we would love to see her response.

Tanishaa gave her Instafam a glimpse of her 42nd birthday celebrations. The actress celebrated her birthday with her mother and veteran actress Tanuja. She captioned the post: "What a fun fun beginning to my birthday! #lovefeelinglove."

What a fun fun beginning to my birthday! Thank u @utropicanaresort_ for taking such good care of us ! #lovefeelingloved

Tanishaa Mukerji, who was last seen in the 2016 film Anna, made her Bollywood debut with the 2003 film Sssshhh... She was a part of films like Popcorn Khao! Mast Ho Jao, Tango Charlie and Neal 'N' Nikki. Tanishaa also worked in television for a few years. She was a part of reality shows Bigg Boss 7 and Fear Factor: Khatron Ke Khiladi 7.