Read inOther Languages
This Article is From Mar 03, 2020

Tanishaa Mukerji's Birthday Celebration Pics With Tanuja Are All About "Fun" 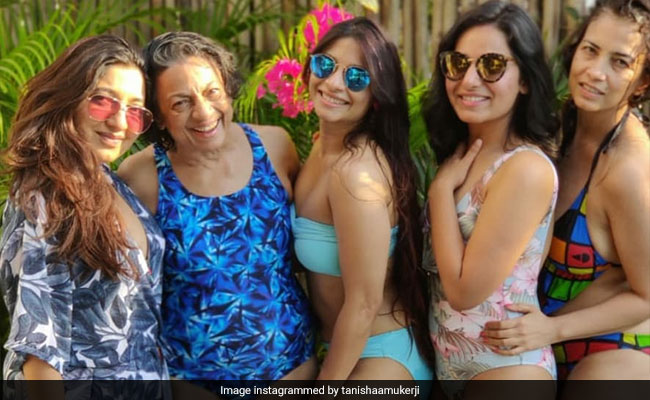 Tanishaa Mukerji turned 42-years-old on Monday and she shared pictures from her super fun birthday party. The actress was joined by her friends and her mother Tanuja. In one of the pictures, the birthday girl and Tanuja can be seen dressed in swimsuits as they happily pose near a pool. Tanishaa also shared a video on her Instagram profile, in which she can be seen blowing the candles on her birthday cake. Sharing moments from her birthday festivities, Tanishaa wrote: "What a fun beginning to my birthday!" She added the hashtag #lovefeelingloved.

What a fun fun beginning to my birthday! Thank u @utropicanaresort_ for taking such good care of us ! #lovefeelingloved

The birthday girl shared more pictures on social media and she wrote: "Thank you my gorgeous girls for taking off for my birthday and for planning this lovely day for me." This is the post we are talking about:

Thank u my gorgeous girls for taking off for my birthday !!! And for planning this lovely day for me @utropicanaresort_

Meanwhile, Tanishaa's sister Kajol, who is busy with the promotional duties of her short film Devi(which released on Monday), shared a super cute throwback picture on Instagram. Check it out:

Tanishaa stepped into Bollywood with the 2003 film Sssshhh... She later starred in films such as Popcorn Khao! Mast Ho Jao, Tango Charlie and Neal 'N' Nikki among others. Tanishaa was last seen in the 2016 film Anna. She also participated in reality TV shows such as Bigg Boss 7 and Fear Factor: Khatron Ke Khiladi 7.