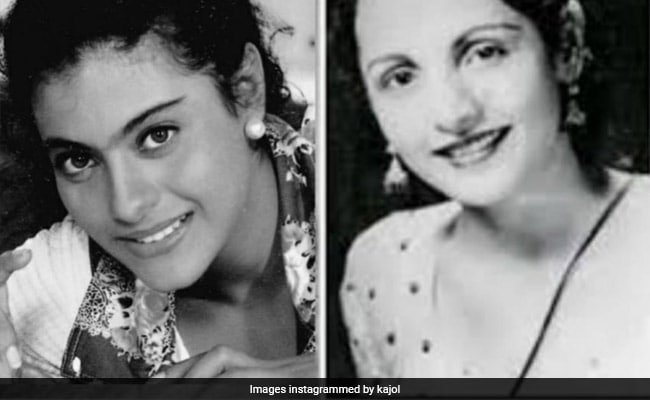 Bollywood actress Kajol's latest Instagram post is a tribute to the power of feminism. On Wednesday, the 45-year-old actress shared a picture collage which features her mother Tanuja, her aunt Nutan, and her grandmother Shobhna Samarth - all of them were accomplished actresses, who were way ahead of their times and featured in path breaking roles. Kajol, in her caption wrote: "Who I came from... The true feminists." She added the hashtags #strongwomen and #livelearnlove to her post. Kajol's sister Tanishaa Mukerji left several heart emojis in the comments section. The comments section on Kajol's post was replete with comments like "I love this so much. Truly powerful women" and "absolutely inspiring ladies." Another comment read, "True that all the strong women in one family."

Shobhna Samarth, Kajol's grandmother - worked as an actress in Marathi and Hindi film industry. She made her debut in 1935 with Nigahen Nafrat. Her portrayal of Sita in the 1943 film Ram Rajya remains one of her most remembered roles. Besides being an actress, Shobhna Samarth was also a director.

Nutan was best known for her work in movies from the Sixties and Seventies, which include Sujata, Chhalia, Milan, Tere Ghar Ke Saamne, Saraswatichandra and Khandan among many others. The actress, who was honoured with the Padma Shri in 1974, died at the age of 54 in the year 1991.

Nutan held the record for winning the Best Actress prize five times at the Filmfare Awards. Her niece Kajol equalled the record in 2011, when she received an award for her performance in My Name Is Khan, co-starring Shah Rukh Khan.