Kajol's Fashion Advice Comes With Her Signature 'Sense Of Humour' 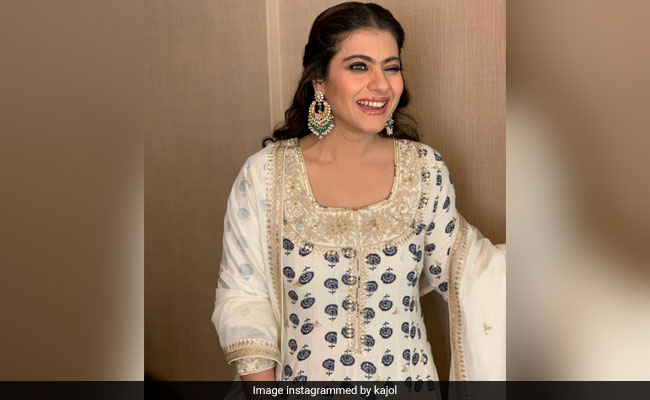 Kajol's Instagram posts are a perfect amalgamation of stunning pictures and a dash of her signature humour and her latest post is not an exception. If you are looking for some Wednesday wisdom, we would suggest you to check out the 44-year-old actress' latest Instagram post because it offers just that. Kajol delighted her Instafam with a gorgeous picture of herself. In the photograph, she can be seen dressed in a printed ethnic outfit as she playfully winks at the camera. However, it will be difficult to say if we love her expressions more or the caption that she added to the post. "A sense of humour is so important with the right jewellery," she captioned the post and added the hashtag "#WednesdayWisdom."

A sense of humour is so important with the right jewellery.... #attheevent #workday #hyderabad #wednesdaywisdom

We simply love Kajol's Instagram entries. A few days ago, Kajol shared a stunning picture of herself, which was clicked by her 8-year-old son Yug. The caption on Kajol's post read "Yug Devgn at work again." ICYMI, this is the post we are talking about:

Anyone who has been avidly following the actress on social media would agree that Kajol has a picture for every mood. These pictures are proof:

When u know that you just one upped on whatsapp !!!!!

Here are some more posts that reflect Kajol's amazing sense of humour:

Kicking off the week

On the work front, Kajol's last big release was Pradeep Sarkar's Helicopter Eela, which also featured National-award-winning actor Riddhi Sen and Neha Dhupia in pivotal roles. Kajol has not announced any upcoming project as of now.