"Do I really need to say hi or can I get away with saying I just didn't see you," wrote Kajol 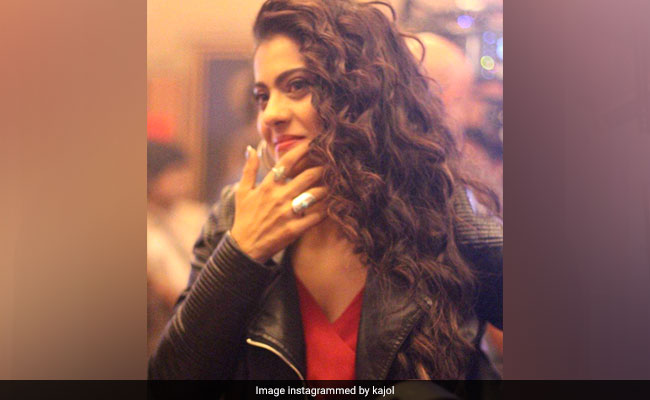 Kajol treated her Instafam to this image. (Image courtesy: kajol)

Don't we all have those "awkward moments" where we hate to make small talks and are constantly looking for excuses to avoid the situation? Well, Kajol seems to have the perfect remedy (or should we say the perfect expression) for such situations. In case you are still wondering what we are referring to, we are talking about Kajol's latest Instagram post. On Instagram, Kajol shared a stunning picture of herself, in which she can be seen sporting permed hair and she accompanied the post with a hilarious caption. Kajol wrote: "Hmmmm..... Do I really need to say hi or can I get away with saying I just didn't see you?" She added the hashtags "#thatmoment" "#awkward" and " #passing thoughts" to the post. The post received over 1 lakh likes on Instagram and the comment section was flooded with remarks like "LOL" and "ROFL."

Hmmmm..... do I really need to say hi or can I get away with saying I just didn't see you ????? #thatmoment #awkward #passingthoughts

We can never get enough of Kajol's quirky style and of course, her great sense of humour and anyone who has been following the actress on social media would agree with us. A few days ago, Kajol shared a picture of herself dressed in a golden saree. In her caption, the actress made a reference to the popular story Goldilocks And The Three Bears and wrote: "If only Goldilocks had had a dress like this.... Maybe the bears would have let her stay over."

If only Goldilocks had had a dress like this ..... maybe the bears would have let her stay over !

Here are some posts that remind us of Kajol's strong caption game:

Beauty as a word mostly requires patience and a slo mo feel... unfortunately for me I'm always running either towards an experience or an expression!

If that didn't crack you up, we wonder what will.

On the work front, Kajol was last seen in Pradeep Sarkar's Helicopter Eela. Kajol has not announced any upcoming project as of now.