Kajol Sums Up Her Current Mood With This Throwback Pic. "Relatable," Says The Internet

Kajol has a picture for every mood 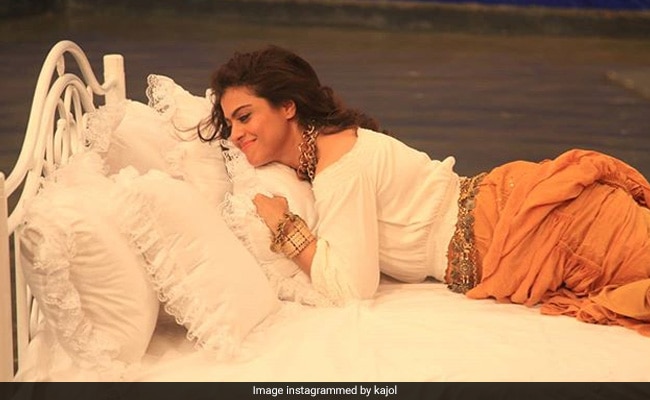 Kajol's Instagram profile is a sheer delight. On Saturday, Kajol posted a throwback picture of herself on her Instgaram profile and she accompanied it with a hilarious caption. In the picture, Kajol can be seen smiling with all her heart as she rests on a bed. She wrote in her caption: "Instagramming from bed, pretending like you have something to do." She accompanied the post with the hashtags #Sleepgramming and #MeWhenI. The Internet found the actress' post extremely relatable, which clearly reflects on the comments section of her post. "Well what a mood, I am doing the same," wrote an Instagram user. "I can totally relate to this," added another. "That's me right now," read another comment. "Thank you for keeping us entertained with such lovely posts," wrote a fan.

As a part of her signature #MeWhenI series, Kajol decodes her expressions. A few days ago, she shared this picture and described her expression as "When I thought I was being diplomatic, but my face said it all."

Here's another #MeWhenI post shared by the actress. She captioned it: "You know I'm not listening to you, right? I'm thinking of a fabulous reply right now."

You know I'm not listening to you, right? I'm thinking of a fabulous reply right now #NeverMind #Unheard