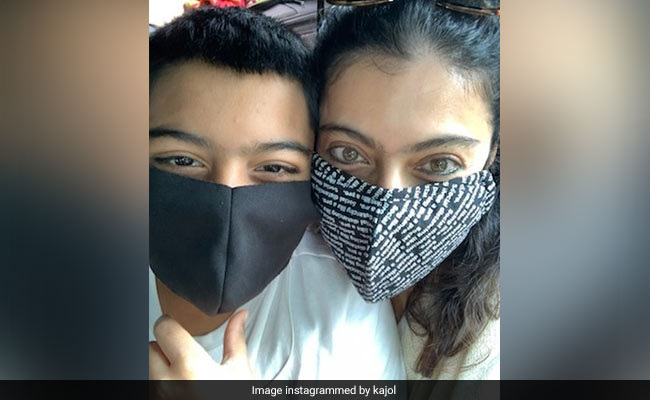 Kajol took a detour from her usual funny posts and shared a selfie with her son Yug, 10. On Thursday, Kajol posted this super cute picture with her little one, in which the mother-son duo can be seen wearing masks and posing for picture perfect moment. She captioned the post: "The masked bandits." Renuka Shahane, in the comments wrote: "Aww." Saif Ali Khan's sister Saba left a few heart emojis on the post. "OMG finally a selfie," wrote a fan. "Looking so cute," read another comment. "Lovely," added another fan on Instagram.

Kajol and Ajay Devgn's daughter Nysa studies in Singapore, while their son Yug attends school in Mumbai. Kajol and Ajay Devgn met on the sets of Hulchul and later got married in the year 1999. They have worked together in several films such as Gundaraj, Ishq, Dil Kya Kare, Raju Chacha, Pyaar Toh Hona Hi Tha. The couple welcomed their daughter Nysa in 2003 and their son Yug was born in 2010. The couple were last seen together in the 2020 period drama Tanhaji: The Unsung Warrior.