Kabir Singh's relationship with Preeti is as toxic as his habits 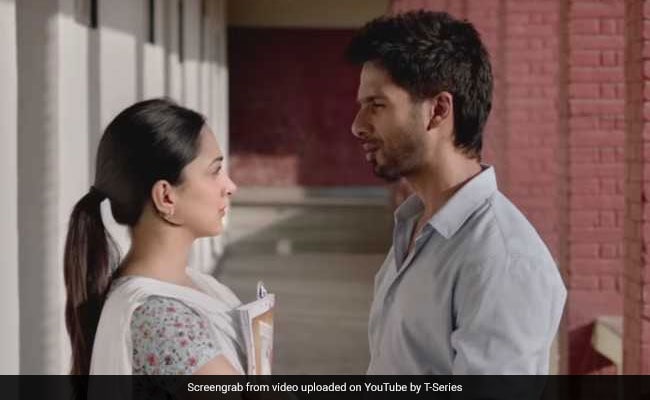 Meet Dr Kabir Rajveer Singh, an alcoholic, a drug addict and a crazy lover. The much-awaited trailer of Kabir Singh hit the Internet on Monday and it wouldn't be wrong to say that it was worth the wait. The two-and-a-half minute video showcases the story of Dr Kabir Rajveer Singh, who happens to be a stubborn and a self-destructive man whose love for Preeti ( played by Kiara Advani) has no boundaries. It wouldn't be wrong to say that Shahid Kapoor's intense persona stands out as a clear winner in the trailer. Kiara's childlike innocence and the crisp, well-written dialogues also demand everyone's attention.

The trailer begins with Kabir Singh asking about a girl at a clinic. Throughout the course of the video, we discover that Kabir Singh is very, very angry and that his relationship with Preeti is as toxic as his habits. The makers of Kabir Singh shared the film's trailer on YouTube and wrote: "His love has no boundaries and passion that makes him unstoppable. Meet Dr Kabir Rajveer Singh!" The video has over 5 lakh views on YouTube as of now. Take a look at the trailer of Kabir Singh here:

Shahid Kapoor, who plays the titular role in the film, shared the film's trailer on social media and wrote: "Enter the world of Kabir Singh, watch the trailer now."

Enter the world of #KabirSingh, watch the trailer now https://t.co/RciVm6gNXZ#KabirSinghTrailer@Advani_Kiara@imvangasandeep@itsBhushanKumar@MuradKhetani#KrishanKumar@ashwinvarde@TSeries@Cine1Studios@KabirSinghMovie

Kabir Singh, slated to release on June 21, is a Hindi remake of the 2017 Telugu hit film Arjun Reddy, starring Vijay Deverakonda and Shalini Pandey. Just like the original rendition, Kabir Singh will also be directed by Sandeep Vanga.