The trailer of Kabir Singh will release on May 13 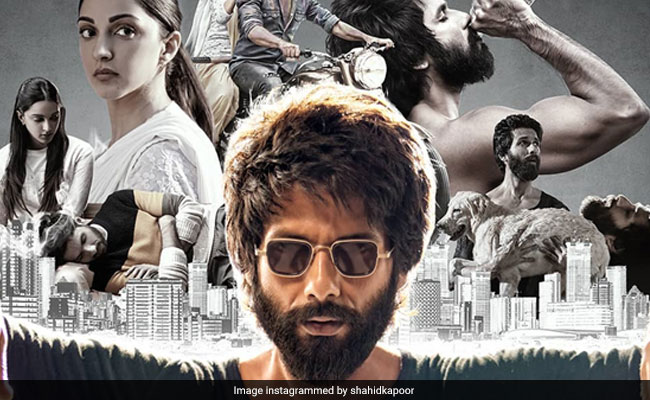 The new poster of Kabir Singh showcases the different facets of Kabir Singh's life and how. The makers shared the poster on social media on Wednesday. The poster features film's lead actor Shahid Kapoor in a rugged look. Dressed in a grey v-neck t-shirt and wearing gold-rimmed sunglasses, Shahid looks intense on the poster. The backdrop of the poster is a perfect amalgamation of the mellow and the intense facet of Kabir Singh's complex personality. In one of the frames, Shahid can be seen curled up Kiara Advani's lap (who plays his love interest in the film). In another picture, the actor can be seen consuming alcohol from a bottle.

Shahid Kapoor, who plays the titular role in the film, shared the film's poster and revealed that the film's trailer will be out on May 13. "Kabir Singh trailer out on May 13." Meanwhile, Kiara Advani also shared the poster on her Instagram profile and she wrote: "Only 5 days to go for the trailer launch of a very special film." Take a look at the poster of Kabir Singh here:

Kabir Singh is a remake of the 2017 Telugu hit film Arjun Reddy, starring Vijay Deverakonda and Shalini Pandey. Just like the original rendition, Kabir Singh will also be directed by Sandeep Vanga.

Kabir Singh is slated to release on June 21 this year.