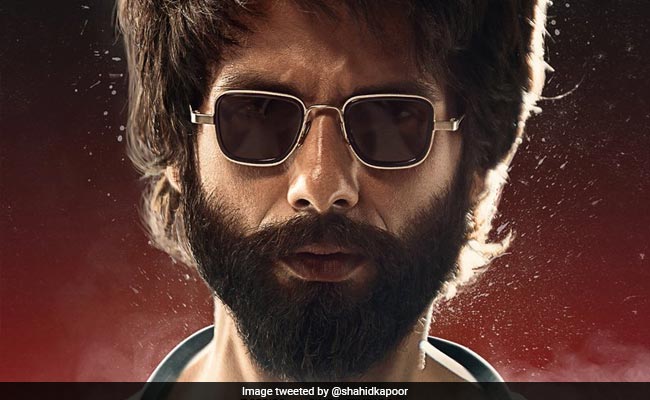 The makers of Kabir Singh shared a brand new poster on Sunday evening and intense can't even begin to describe it. The poster features film's lead actor Shahid Kapoor. The 38-year-old actor, who will be seen playing the titular role in the film, can be seen sporting a rugged look in poster. Shahid can be seen wearing a pair of gold-rimmed sunglasses in the picture and he has a stethoscope around his neck. The actor shared the film's poster and he captioned it: "Kabir Singh out in 2 months... June 21. Wait for it." Shahid's Instafam was delighted to get a glimpse of their favourite actor and the post received over 2 lakh likes within a few minutes.

Film's lead actress Kiara Advani shared the film's poster and wrote: "Meet the man of action in cinemas in 2 months!" Without much ado, check out the poster of Kabir Singh here:

Shahid, who plays the role of doctor with major anger management issues in the film, summed up his experience of working in the film by sharing an Instagram post, in which he wrote: "As a star one is so conditioned to showcasing oneself at ones best. But as an actor one has to have the guts to show yourself at your worst. Kabir Singh in my blood. Hope you feel him too."

As a star one is so conditioned to showcasing oneself at ones best. But as an actor one has to have the guts to show yourself at your worst. #kabirsingh in my blood. Hope you feel him too.

Kabir Singh is a remake of the 2017 Telugu hit film Arjun Reddy, starring Vijay Deverakonda and Shalini Pandey. Just like the original rendition, Kabir Singh will also be directed by Sandeep Vanga.

In Kabir Singh, Kiara Advani will be seen playing Shahid Kapoor's love interest. The film is slated to release on June 21 this year.