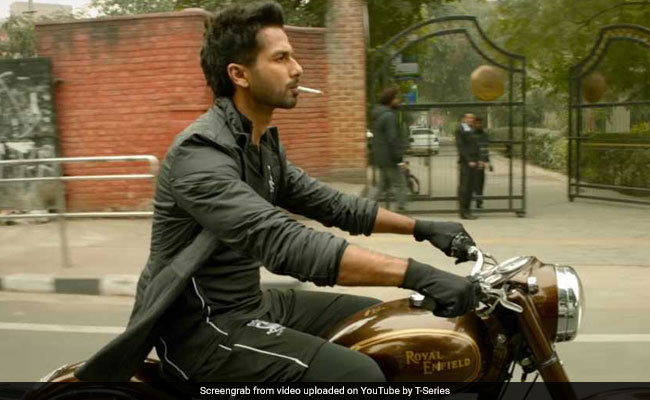 Baahubali star Prabhas watched the teaser of Kabir Singh, starring Shahid Kapoor, and he reportedly told the actor that the film looked 'better than the original', which is Telugu film Arjun Reddy. Hairstylist Aalim Hakim told DNA that he connected Prabhas and Shahid on a call after the former was impressed with the teaser of the film. "I was in Hyderabad shooting for Saaho with Prabhas, and the teaser of Kabir Singh had just launched online. Prabhas checked it out and loved it. Even his team members, who have enjoyed Arjun Reddy, felt that Shahid looked brilliant. Seeing Prabhas' reaction to the promo, I called up Shahid and handed him the phone. The former praised him and said that Kabir Singh looks even better than the original. Both of them chatted for a good seven-odd minutes."

The teaser of Kabir Singh dropped on the Intenet earlier this week to a tumultuous response across all social media platforms. Watch it here:

In Kabir Singh, Shahid Kapoor plays the eponymous character, who is a gifted doctor dealing with anger management issues and alcoholism. In Arjun Reddy, actor Vijay Deverakonda played the lead role. After the teaser of Kabir Singh released on the Internet, Vijay also gave a shout out to Shahid on Twitter and wrote: "Sending my love and best wishes to my men Sandeep Vanga (director), Shahid Kapoor and the lady Kiara Advani."

Sandeep Vanga has directed both Arjun Reddy and Kabir Singh. The trailer of Kabir Singh will be out soon while the film will open in cinemas in June this year.