"Publications that carried this scurrilous report must remove it and apologise," wrote Kabir Bedi 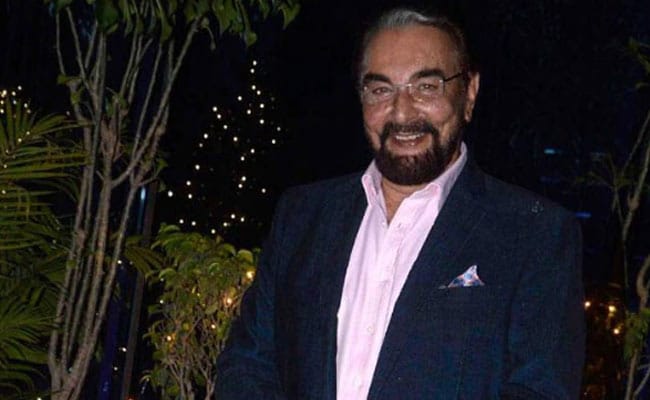 Actor Kabir Bedi, 74, has denounced as "defamatory" and "scurrilous" news reports that suggested he asked actress Sunny Leone for her number and she gave him her husband Daniel Weber's instead. The original report was carried by SpotboyE - and had not been taken down at the time of writing this despite a strongly-worded tweet from Mr Bedi - and was cited by some other publications. In his tweet, Kabir Bedi explains that he actually asked for and was given Daniel Weber's number, not Ms Leone's. The exchange took place at a party for photographer Dabboo Ratnani's annual calendar featuring celebrities.

Kabir Bedi's angry tweet read: "Reports that I asked Sunny Leone for her number are not true. They are defamatory. At Daboo Ratnani's party, I asked her husband Daniel Weber for HIS number and HE entered it into my phone. Publications that carried this scurrilous SpotboyE report must remove it and apologise." See his tweet here.

It isn't clear why the publication considered Mr Bedi asking for Sunny Leone's number newsworthy, nor why the actor is so offended by the thought. Among those foxed by the report was Ms Leone's husband Daniel Weber, who revealed in a tweet that Mr Bedi already had Sunny Leone's contact: "Haha, why can't he ask for my number? He has her number as they know each other many years."

Kabir Bedi was among the country's earliest international celebrities, beloved in Italy as the star of 70s TV series Sandokan. He is also instantly recognisable to James Bond fans as the villain Gobinda in Octopussy, which was set in India. Mr Bedi appeared in several other international TV shows such as iconic soaps Dynasty and The Bold And The Beautiful, and the mystery series Murder, She Wrote and Magnum PI. At home, Kabir Bedi's film credits include Khoon Bhari Maang, Kites, Main Hoon Na, Dilwale and Mohenjo Daro. He was last seen in 2018's Saheb, Biwi Aur Gangster 3.