At the time director Rakesh Roshan was casting for Khoon Bhari Maang, Kabir Bedi was already a big star internationally. 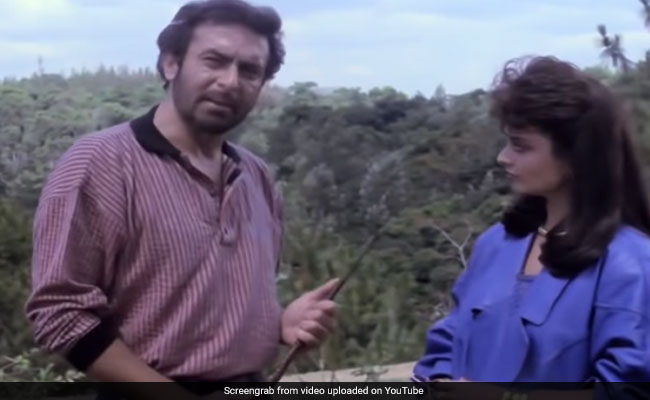 Actor Kabir Bedi, 73, has revealed how he was cast in the blockbuster hit Khoon Bhari Maang on the 31st anniversary of the 1988 film co-starring Rekha. At the time director Rakesh Roshan was casting the film, Mr Bedi was already a big star internationally having appeared in his best-known work abroad - Italian mini-series Sandokan and the James Bond film Octpussy (he played the villain Gobinda). He had been in episodes of TV shows Dynasty, Knight Rider and General Hospital and, as he reveals in his tweets, was filming detective series Magnum PI with lead star Tom Selleck in Hawaii when Rakesh Roshan called offering Kabir Bedi the part of the antagonist in revenge drama Khoon Bhari Maang.

Kabir Bedi tweeted two posters of Khoon Bhari Maang and wrote: "31st anniversary of Khoon Bhari Maang (1988), starring Rekha and me, directed by Rakesh Roshan. He called when I was shooting Magnum P.I. (a television series) with Tom Selleck in Hawaii. 'Why me,' I asked, 'Bollywood on strike?' He said: 'The hero becomes the villain, no hero will accept.' My biggest hit."

Khoon Bhari Maang, one of Bollywood's top earning films of its time, starred Kabir Bedi as a murderous husband who thinks he's rid himself of his plain but moneyed wife - Rekha - by pushing her into a crocodile-infested river. Unbeknownst to him, she survives, gets plastic surgery, becomes a successful model and eventually feeds her treacherous husband to the same crocodile he hoped would finish her off. Khoon Bhari Maang was Mr Bedi's first Hindi film after 1979's Aakhri Kasam.

31st ANNIVERSARY OF KHOON BHARI MAANG (1988), starring Rekha and me, directed by Rakesh Roshan. He called when I was shooting @MagnumPICBS with Tom Selleck in Hawai. Why me, I asked, Bollywood on strike? He said: The hero becomes the villain, no hero will accept. My biggest hit. pic.twitter.com/UzhbayiOrg

According to IMDb, Deepak Parashar (Nikaah and Pyar Kiya Hai Pyar Karenge) was initially considered for Kabir Bedi's role in Khoon Bhari Maang. However, Rekha suggested Kabir Bedi and even though Rakesh Roshan doubted that Mr Bedi would return to India, disrupting his flourishing international career just for the film, he made the call. Kabir Bedi agreed to devote three months to Khoon Bhari Maang and the rest, as they say, was history.