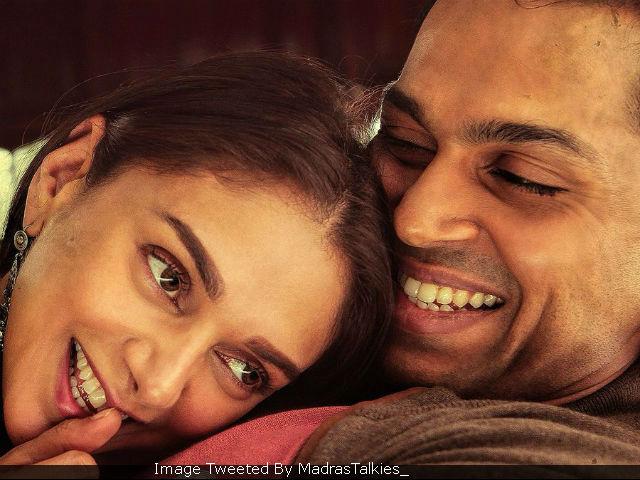 New Delhi: The first teaser of Mani Ratnam's upcoming Tamil romantic-drama Kaatru Veliyidai released on Thursday. The film features Bollywood actress Aditi Rao Hydari and Tamil star Karthi. The film is shot extensively in the snow-clad Kashmir, Ooty and Hyderabad. The teaser gives us a glimpse AR Rahman's soulful music and packs a close-up shot of Aditi in the snow while Karthi is shown in a long shot walking on the desert. The film is expected to release in March. Aditi will be seen as a doctor and Karthi plays a fighter pilot in Kaatru Veliyidai. The camerawork is handled by Ram-Leela cinematographer Ravi Varman.


Mani Ratnam's last film last film O Kadhal Kanmani (OK Kanmani) released in 2015. The film featuring Dulquer Salmaan and Nithya Menen was a blockbuster hit. O Kadhal Kanmani dealt with the relationship problems of a young couple, who are confused over choosing their partners or careers. The Hindi remake of the film OK Jaanu, featuring Shraddha Kapoor and Aditya Roy Kapur, however didn't fare well at the box office.

The first song of Kaatru Veliyidai will release on February 2.

Promoted
Listen to the latest songs, only on JioSaavn.com
Kaatru Veliyidai will also release in Telugu and will be Cheliyaa.