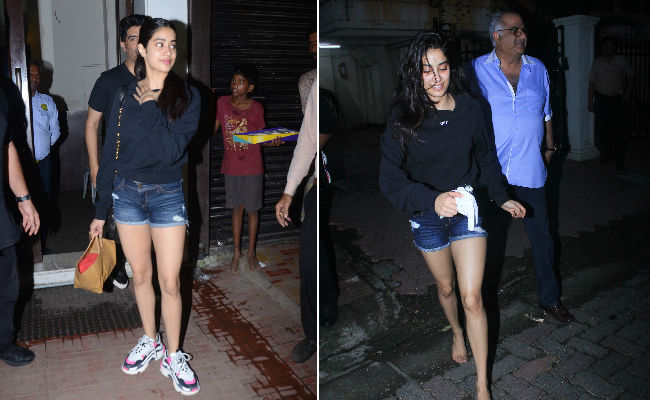 Janhvi outside a restaurant (L) and at Arjun Kapoor's home (R).

Janhvi Kapoor, basking in the success of her debut film Dhadak, dined out with Manish Malhotra on Wednesday night and she also made a trip to her brother Arjun Kapoor's home with dad Boney Kapoor. Janhvi, dressed in a black sweatshirt and denim hot pants, was spotted exiting a suburban Mumbai restaurant with Manish Malhotra, whose designs she swears by (she also wore some of his designs in Dhadak). On the same day, she was spotted with her father outside her brother Arjun Kapoor's home. Only this time, Janhvi let her rain-soaked hair down and she was also spotted without her trendy sneakers. Looks like Janhvi Kapoor is Bollywood's Cinderella.

Here's what Janhvi was up to on Wednesday: 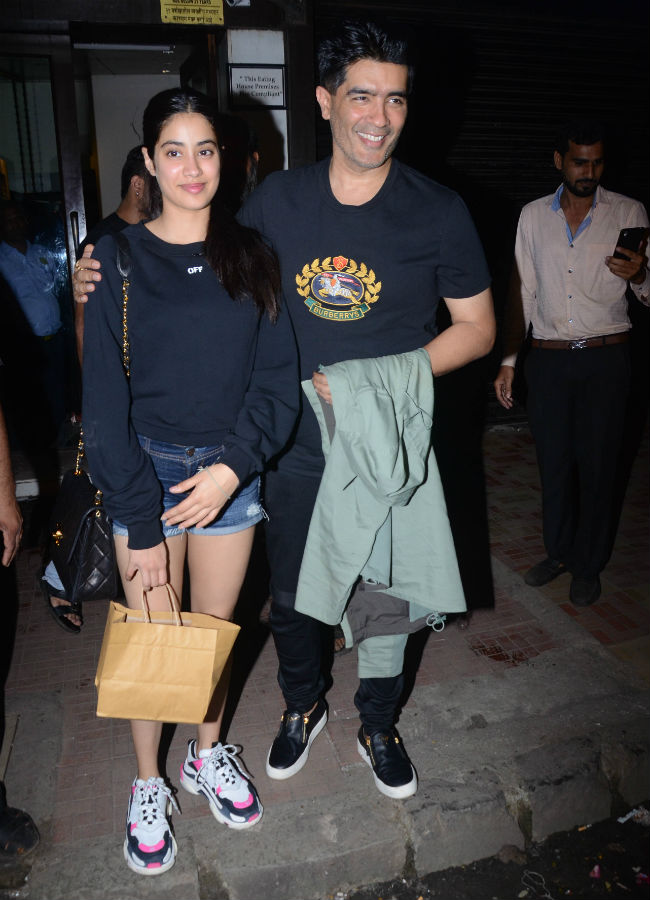 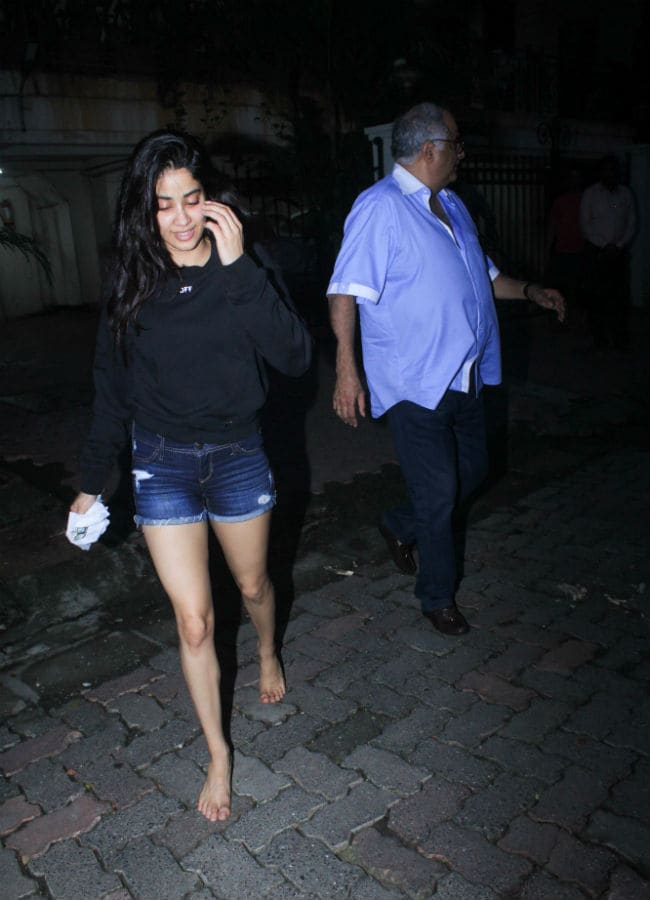 She also visited Arjun Kapoor with her father Boney Kapoor

Janhvi is Boney Kapoor and Sridevi's elder daughter while Arjun is Boney Kapoor's son with his first wife Mona Shourie. Boney Kapoor recently told SpotboyE: "I am glad that they have come together. It was due to happen anytime, it just happened when something unfortunate happened. They are all my blood and they had to come around."

Meanwhile, Dhadak, which is Janhvi's first film, has collected Rs 48.01 crore in six days, which is "huge" for a film starring newcomers, says trade analyst Taran Adarsh. Speaking about the success of Dhadak, Boney Kapoor told news agency PTI that he was sure that the film would do well. "I was somewhere sure it would do very well. I have told Janhvi to remain simple, honest, focused and hard working as she has been so far," Boney Kapoor said in a statement, reported PTI.