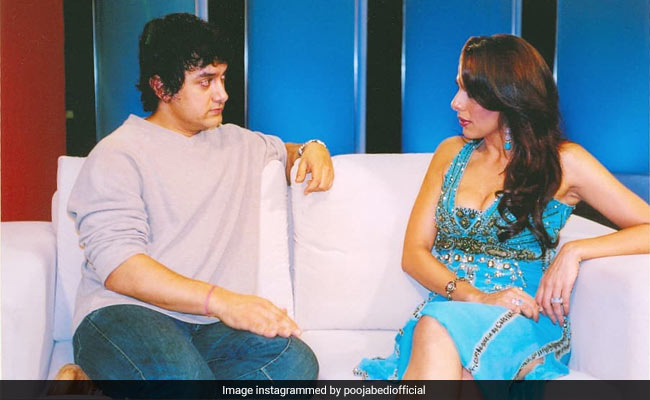 Jo Jeeta Wohi Sikandar is a 1992 film, which acquired a cult status over the years. Besides Aamir Khan and Pooja Bedi, the film also featured Ayesha Jhulka, Deepak Tijori, Mamik Singh, Kulbhushan Kharbanda, and a guest appearance by Aamir's brother Faisal Khan. The film showcases the story of a schoolboy named Sanjay Lal and his friends, who clash with students from a rival school on and off the playing fields. In the end, it all comes down to winning a prestigious cycle race. Mansoor Khan directed the film.

Pooja Bedi debuted in Bollywood in 1991 film Vishkanya but she's best-known for her role in Jo Jeeta Wohi Sikandar. She featured in headlines after starring in celebrity reality show Bigg Boss 5.The actress recently starred in Masaba Masaba, a Netflix web-series which is a semi-fictionalised version of the eponymous designer's life.

Aamir Khan's forthcoming project is Laal Singh Chaddha, for which he is currently shooting in Turkey. It is a remake of the 1994 classic Forrest Gump, which featured Tom Hanks in the lead role.