Masaba Masaba: Hrithik Roshan Is Rooting For Season 2. Are You?

Hrithik Roshan wrote, "What an entertaining watch, take a bow the super talented women behind the show" 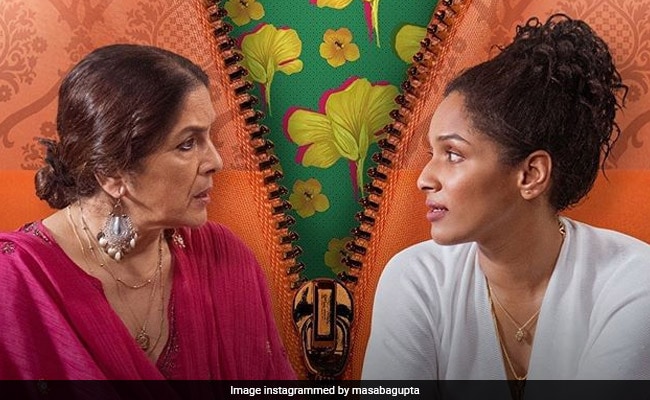 Netflix's latest show Masaba Masaba refuses to leave the list of trends as appreciation posts from Bollywood insiders keep coming for the cast and team of the show. Actor Hrithik Roshan watched the show recently and wrote a short review for the Sonam Nair-directed series saying he is waiting for the second season to drop - the show ended on a hilarious cliff-hanger. However, the makers have not announced a second season of the show for now. Hrithik Roshan tweeted: "What an entertaining watch, take a bow the super talented women behind the show... Waiting for Season 2 to drop. #MasabaMasaba." Masaba was quite thrilled about Hrithik's tweet and she replied, "Oh God. Thank you so much Hrithik. This means a lot. I'm so happy that you watched our little show. Thank you."

Take a look at Hrithik Roshan's review of Masaba Masaba and the designer's response:

Oh god. Thank you so much Hrithik. This means a lot. I'm so happy that you watched our little show. thank youuuu https://t.co/gDzuL1y4NY

Masaba Masaba is a semi-fictional story based on the life of the designer as she strives to make a mark in the fashion industry. Masaba's real mother Neena Gupta plays her reel mother, who becomes her unexpected inspiration in the process. Masaba Masaba also features the designer's rumoured boyfriend, actor Satyadeep Mishra as her onscreen estranged husband - IRL, Masaba was married to filmmaker Madhu Mantena.

Masaba Masaba briefly focusses on different facets of the designer's life including plagiarism and the issue of first copies in the fashion industry. It also stars Pooja Bedi, Neil Bhoopalam and Rytasha Rathore in pivotal roles.

Masaba is the daughter of Neena Gupta and Viv Richards and she is the owner of The House Of Masaba.