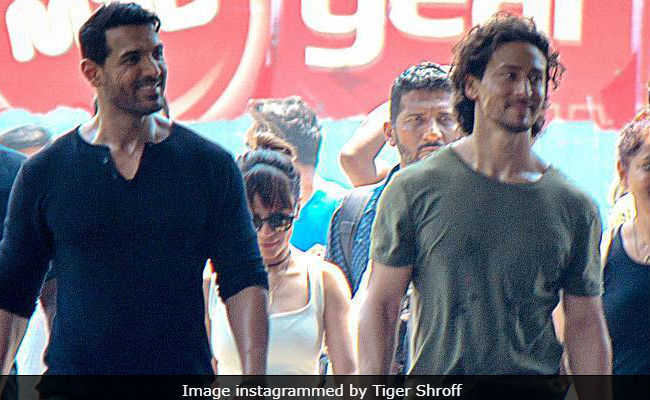 New Delhi: Actor John Abraham, who was recently seen in Parmanu: The Story Of Pokhran, says that action heroes are "evergreen." The 45-year-old actor told news agency PTI that in Bollywood, apart from him, Tiger Shroff has a hold of the genre and that there's room for action heroes. "I think the biggest stars are action heroes. Look at Bruce Willis, Arnold Schwarzenegger and Dwayne Johnson. Action stars will always be evergreen. In our country, apart from me, there is Tiger Shroff who is doing great action. At the moment, two of us are doing action films. We both have different styles. There is a place for more action heroes but there are only two of us," John told PTI.

John Abraham's resume is filled with action films including Dhoom, Force and Dishoom and the actor says he's "grateful to the audience for accepting him" in this role. John Abraham said: "The expectations excite me and I seek to do crazy action sequences. It is a positive responsibility on me. I wanted to be an action hero. There are some heroes who like dancing and I like fighting, lifting people and breaking bones. I enjoy it."

John Abraham has many action films lined up for release in 2018 starting with Satyameva Jayate, which is scheduled to release on August 15. He has also signed up for Romeo Akbar Walter and Batla House. But John says all these films are similar genre-wise and he really wants to make a comedy movie. "What I am missing right now in my life is doing a comedy and I love doing it. I am a big fan of Anees Bazmee, I like David Dhawan also... I loved working with Rohit Dhawan (In Dishoom)," he said.

John Abraham shared the progress report of Romeo Akbar Walter, which also stars Mouni Roy. He said: "It is one of the most intriguing subjects I have heard. It is the most challenging film I have done in the recent past."

Promoted
Listen to the latest songs, only on JioSaavn.com
After Romeo Akbar Walter, John Abraham will start working on Batla House, which is fictionalised retelling of the alleged encounter between police and a group terrorist in September 2008 in New Delhi.