Batla House is set to go on floors on September 2018 and will be shot in Delhi, Mumbai, Jaipur and Nepal 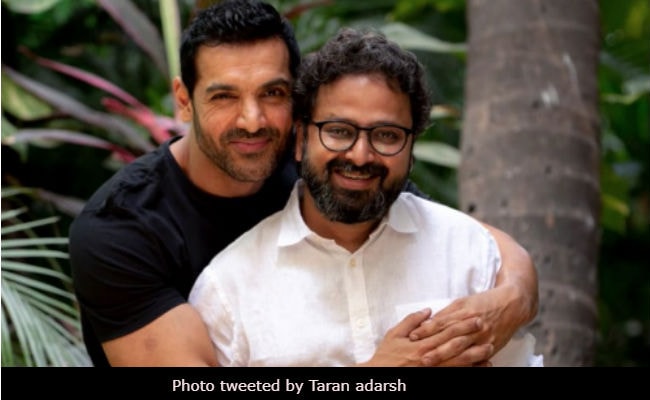 New Delhi: After a span of 10 years, actor John Abraham is all set to collaborate with director Nikkhil Advani for his next venture Batla House. Nikkhil had last directed him in Salaam-E-Ishq, which also starred Vidya Balan, Anil Kapoor, Juhi Chawla, Priyanka Chopra and Salman Khan. John is likely to play the character of DCP Sanjeev Kumar Yadav who spearheaded the infamous 2008 Batla House Encounter case. The film is set to go on floors on September 2018 and will be shot in Delhi, Mumbai, Jaipur and Nepal. Director Nikkhil Advani is back with another thriller-drama, five years past the release of acclaimed spy drama D-Day. According to Mumbai Mirror, Nikkhil plans to wrap the shoot within a span of 50 days.

Almost a decade ago, seven-member Special Cell Team barged into a flat in Batla House, Jamia Nagar in search of Atif Bashir, Chief of the Indian Mujahideen who was behind several bomb blasts between 2003 and 2008. What followed was a nail-biting encounter, during which two cops and two suspected terrorists were killed.

On Wednesday, Mr Advani tweeted: "An association that began way back in 2005. I am so thrilled to be collaborating with Ritesh Shah once again after D-Day (and) Airlift. We have worked for three years on this story and are so happy to have John Abraham help us tell it."

An association that began way back in 2005. I am so thrilled to be collaborating with @writish once again after #Dday@AirliftFilm We have worked for three years on this story and are so happy to have @TheJohnAbraham help us tell it. #BatlaHouse@EmmayEntertainhttps://t.co/SwGzT85PGu

Promoted
Listen to the latest songs, only on JioSaavn.com
In an interview to Mumbai Mirror, director Nikkhil Advani said that he would incorporate different perspective of the incident: "The encounter will be seen from three perspectives - that of the police, those present near the location, many of whom believed that the bullets flying were for the TV serial Swabhimaan, which was being shot in the vicinity just two days ago, and the real picture," Mr Advani said.

John Abraham is currently busy with the promotional duties of his upcoming film Parmanu, which also star Diana Penty. The trailer of the movie was launched at an event few days back, which was attended by the cast of the film. The actor is also working on Satyameva Jayate, which is helmed by Milap Zaveri and produced by the Kal Ho Naa Ho director Nikkhil Advani.
Comments
John Abrahamjohn abraham films