John Abraham On Clash With Akshay Kumar's Gold: "I Have No Say In This" 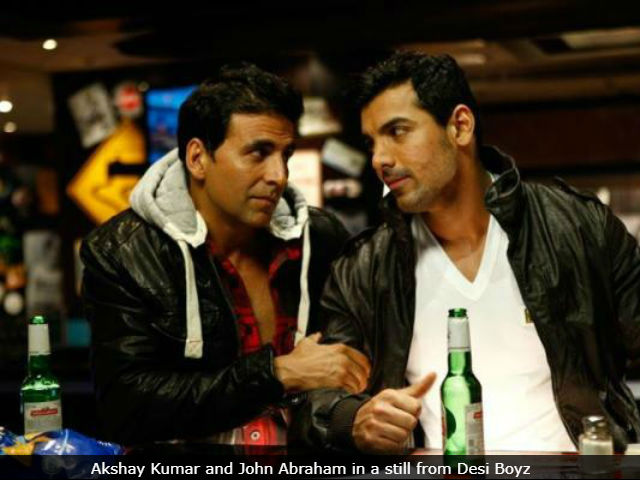 New Delhi: John Abraham recently talked about his upcoming film Satyamev Jayate's clash with Akshay Kumar's Gold and said that he has "no say" on deciding the release date of the film, reports news agency IANS. Both the films are expected to release on August 15. John told IANS: "Akshay is an actor in Gold and I am an actor in Satyamev Jayate. It's a producer's decision from both sides. It is about Excel Entertainment and T-Series, so I have no say in that at all. As far as competing with Akshay is concerned, I want to make it clear that he is my senior in the industry." He added: "I love him and I have always wished the best for him and I am sure he also wants best for me."

Last month there reports of issues between the two actors over the clash of their films. However, john snubbed the rumours with this tweet:

John's Satyamev Jayate is an action-thriller that also features Manoj Bajpayee and Amruta Khanvilkar. On the other hand, Akshay Kumar's Gold is a period drama, which features Mouni Roy, Kunal Kapoor and Amit Sadh.

John Abraham and Akshay Kumar have co-starred in films such as Garam Masala, Desi Boyz and Housefull 2. In a recent controversy, John also backed Akshay Kumar's decision to auction the naval costume he had worn in Rustom. John told the media: "I am not going to be politically correct but I stand by him."

Satyamev Jayate went on floors in March and has been directed by Milap Zaveri.

John Abraham recent released Parmanu, which was produced by his JA Entertainment, also almost clashed first with Sanjay Leela Bhansali's "Padmaavat" and then with Anushka Sharma's Pari. After several date changes and a tiff with co-producers, john released Parmanu solely under his banner last month.

Promoted
Listen to the latest songs, only on JioSaavn.com
John Abraham will be next seen in Romeo, Akbar, Walter.