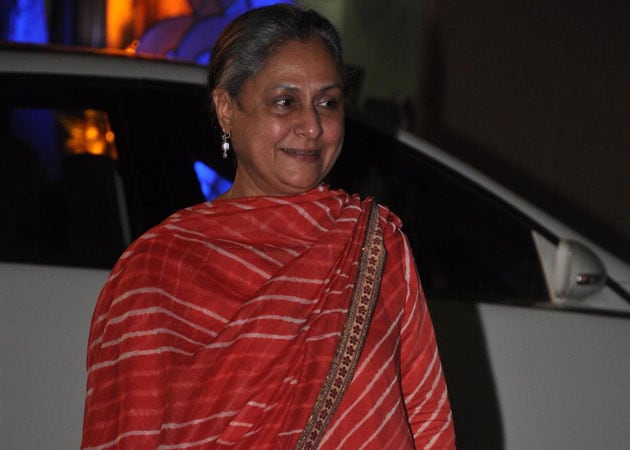 In an article titled Twists, Turns and Half Truths Maketh Controversy, Mr Dharker says that Jayaji was simply speaking about the existence of separate types of cinema. He writes: " Her remarks about Happy New Year being 'nonsensical', when taken out of context, sound like harsh criticism of the film, but when quoted in full show that she was talking of two kinds of cinema that exist in India - those based on literary works and those that are pure entertainment. She enjoyed both these kinds of films, she said (as all those who heard the discussion would attest). An example she gave of the latter was of Amar, Akbar, Anthony, a film she said she enjoyed immensely, as much as she did Happy New Year. In fact, she said, she complimented her son Abhishek for his role, because it's something she couldn't have done herself. A literary festival is not made for sound bytes; it's for thoughtful exposition of ideas. Those who take Jaya Bachchan's remark out of context do a disservice to her, to our literary festival and to themselves."

Mr Dharker's piece was posted on Facebook by Jayaji's actor husband Amitabh Bachchan with this accompanying caption: "FB 758 - Do read this from eminent journalist Anil Dharker on the wrong reportage concerning Jaya and Abhishek on the film Happy New Year and ShahRukh Khan"

Jaya Bachchan was also reported to have said, while speaking at a session on the failure of literature to inform current cinema: "I only watched it because Abhishek is in it. I told him he's a great actor if he can act stupid in front of the camera like that."

There has been no official comment from the Bachchans so far - other than Big B's Facebook post - but it has been reported that Abhishek's Happy New Year co-star Shah Rukh Khan was allegedly annoyed by Mrs Bachchan's criticism of the film.

Promoted
Listen to the latest songs, only on JioSaavn.com
SRK and the Bachchans are believed to share very close ties and have co-starred in several films together.