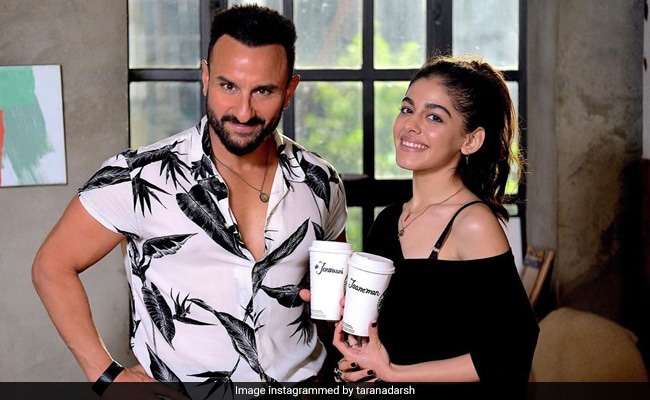 Jawaani Jaaneman: Saif and Alaya in a still from the film. (Image courtesy taranadarsh)