Janhvi, Khushi and Anshula dined with their father Boney Kapoor on Friday night 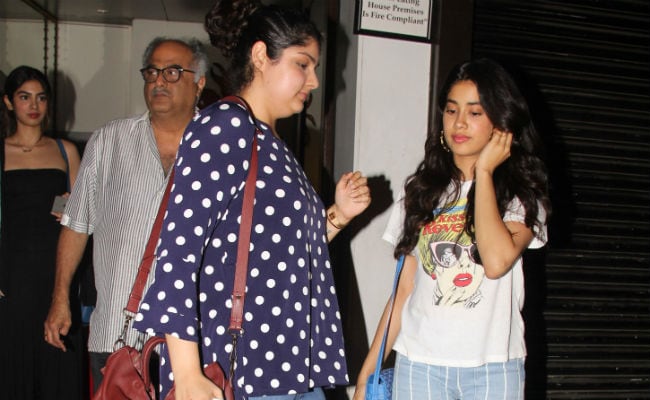 Janhvi, Khushi, Anshula and Boney Kapoor outside a restaurant in Mumbai.

New Delhi: Filmmaker Boney Kapoor dined with his daughters Janhvi, Khushi and Anshula at a suburban Mumbai restaurant on Friday night. Janhvi and Khushi are Boney Kapoor's daughters with his second wife Sridevi (who died in February) while Anshula is his daughter with first wife Mona Shourie. Anshula's brother Arjun Kapoor was MIA - probably busy shooting. The Kapoor sisters are reportedly going to join Arjun Kapoor in London, where he will soon start filming Namaste England. A source told Filmfare: "Janhvi and Khushi along with step-sister Anshula will join brother Arjun Kapoor for a holiday in London. Arjun will soon be shooting for his film Namastey England in London and this turned out to be the best time for his sisters to bond with him."

Before their London vacation, check out photos from their Friday night outing.

Promoted
Listen to the latest songs, only on JioSaavn.com
Janhvi looked chic in striped denims paired with a statement tee while Khushi opted for an all-black look. Anushka wore denims with a polka-dotted top. 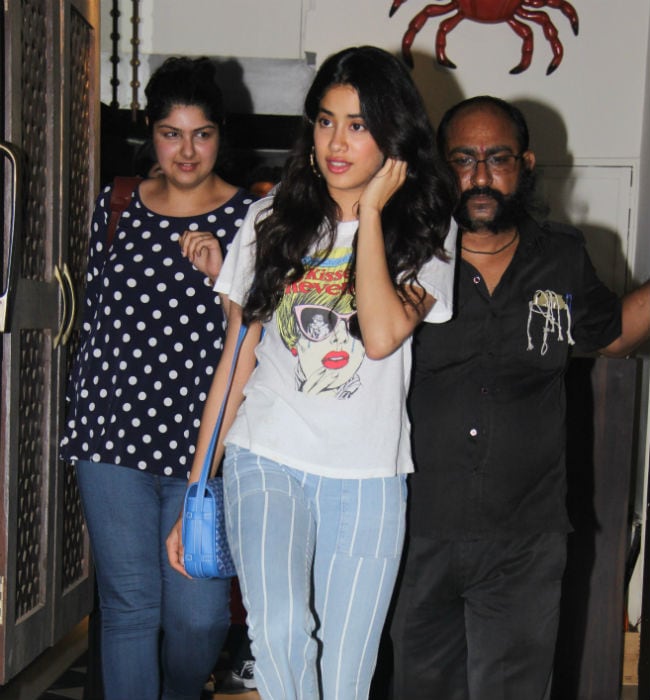 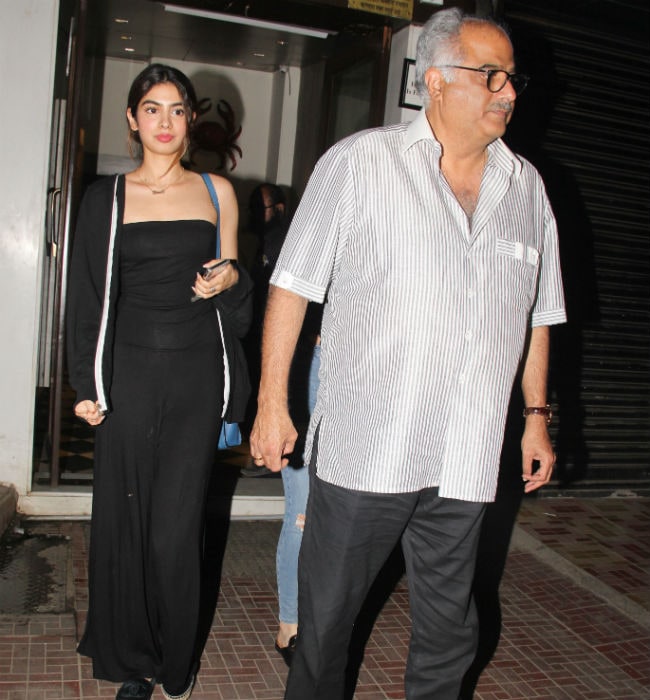 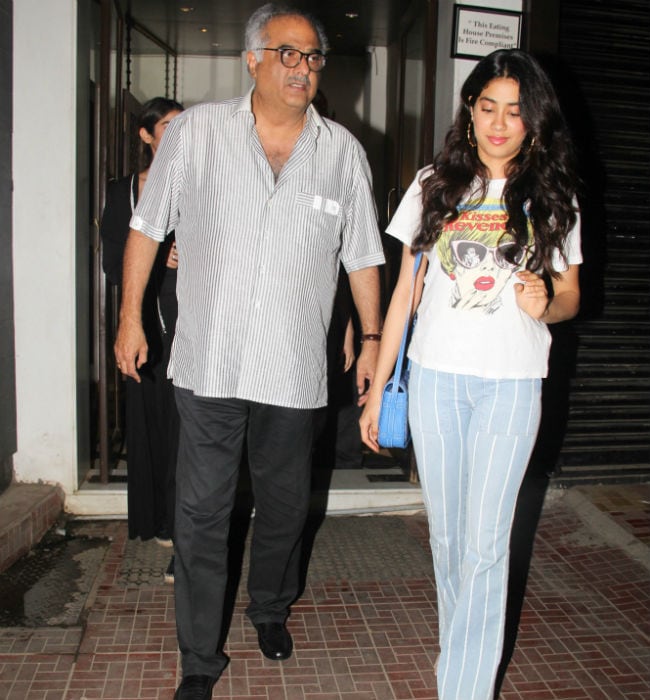 Before Friday night, Janhvi and Khushi were spotted at Arjun Kapoor's Mumbai home with Boney Kapoor. In March, Anshula also cut short her trip to Punjab to attend Janhvi's birthday dinner. Arjun was filming Namaste England at that time. Arjun recently slammed a certain publication for outfit-shaming Janhvi in a tweet: "It's shameful that your eye would go searching for something like this shame on you... this is how our country looks at young women yet another shining example... ashamed by this,"

While Khushi is still finishing school, Janhvi is all set for her Bollywood debut Dhadak, the shooting of which was wrapped recently. Directed by Shashank Khaitan and produced by Karan Johar, Dhadak co-stars Ishaan Khatter and it is set to hit screens on July 20.
Comments
janhvi khushi anshulajanhvi anshula outings