Janhvi Kapoor's Birthday Wish For Sister Khushi Is Everything Nice

"Will try not to annoy you today. Love you," wrote the actress 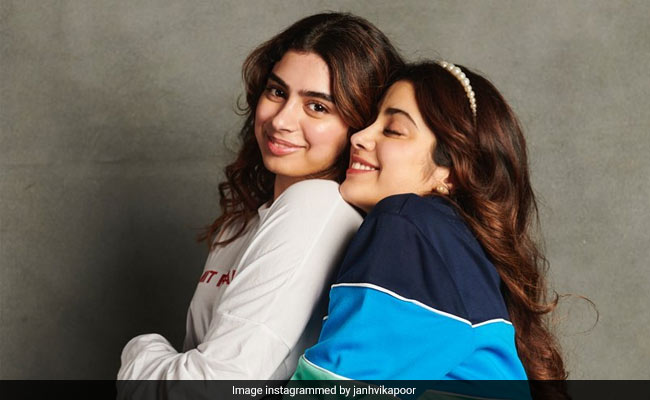 Hey Khushi Kapoor, happy birthday! On her sister's birthday, actress Janhvi Kapoor posted a really adorable birthday wish for her on social media. Also, the actress' caption for her picture with Khushi is elder siblings everywhere. Janhvi Kapoor wrote this message for her sister: "It's your b'day. Will try not to annoy you today. Love you." In the picture, the siblings can be seen smiling with all their heart. While Janhvi can be seen wearing a jacket and what appears to be black trousers, Khushi looks pretty in a white top and black trousers. Janhvi Kapoor's fans also wished Khushi in the comments section.

It's ur bday will try not to annoy u today ly

Janhvi Kapoor and Khushi Kapoor are the daughters of filmmaker Boney Kapoor and late actress Sridevi. Sridevi died on February 22 in 2018 by accidentally drowning in a hotel bathtub in Dubai, where she was attending the wedding festivities of nephew Mohit Marwah.

In July, Janhvi shared a cute picture collage featuring herself and Khushi and wrote: "Meet my new fav DOP. Great at lighting, angles and mid shoot cuddles and giggles."

Janhvi Kapoor made her debut in Bollywood with the 2018 film Dhadak. She went on to feature in Netflix's Ghost Stories, in the Zoya Akhtar-directed segment. The actress will also be seen in Karan Johar's period drama Takht, horror-comedy Roohi Afza (in which she will co-star with Rajkummar Rao) and Dharma Productions' Dostana 2, co-starring Kartik Aaryan. She was last seen in Gunjan Saxena: The Kargil Girl.