Janhvi Kapoor Says People "Still Look For Sridevi" In Her

In an interview, Janhvi Kapoor was asked if she felt "pressured to match up to Sridevi's stature" 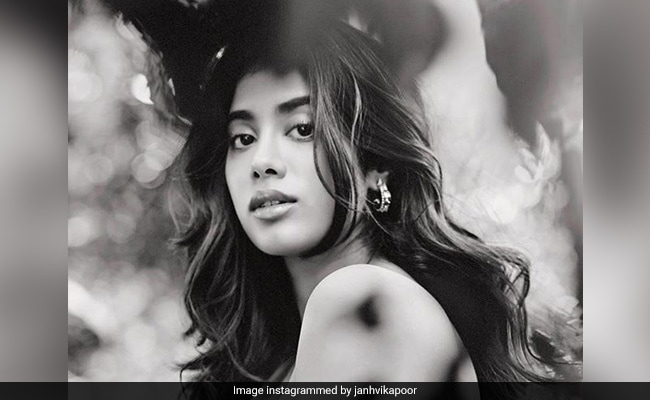 Janhvi Kapoor opened up about people's comparison of her and her mother Sridevi. In an interview with HT, Janhvi Kapoor was asked if she felt "pressured to match up to Sridevi's stature," to which she said, "they still look for Sridevi in me." Janhvi made her debut in the film industry with the 2018 film Dhadak, months after Sridevi's tragic death on February 24. Talking about herself as an actor, she said that she is "a different type." The publication quoted Janhvi as saying, "I think people need to accept that I'm a different person from my mother. There's a section of society which has been able to do that with Dhadak, but there are people who couldn't make that differentiation and they still look for Sridevi in me. Maybe after more of my work comes out, they'll understand I'm a different type of actor and I'll make different choices."

On Wednesday, Janhvi Kapoor shared a couple of pictures from a puja that was held at Sridevi's home in Chennai's Mylapore on Wednesday. It was attended by family and friends including South superstar Ajith. Janhvi captioned the post, "Wish you were here."

Earlier, Janhvi Kapoor shared a throwback picture of herself from her childhood days featuring her mother. She posted a monochrome picture on Sridevi's second death anniversary and captioned it, "Miss you every day."