Janhvi is busy shooting for her work-in-progress film RoohiAfza 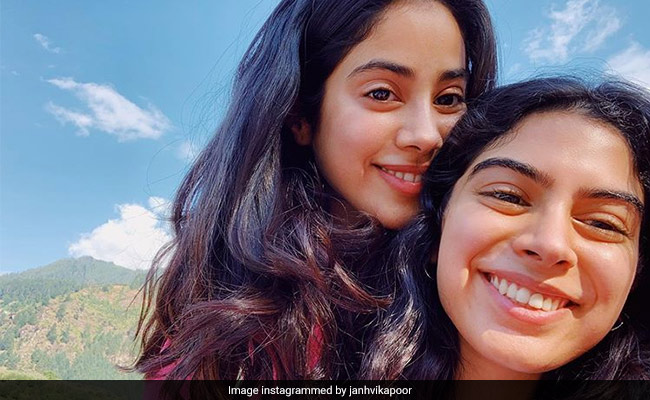 Actress Janhvi Kapoor found a spot on Thursday's list of trends after the Internet chanced upon some adorable pictures from her little vacation with sister Khushi Kapoor and friends. Janhvi, who is busy shooting for her work-in-progress film RoohiAfza, took out some time for herself to chill in the mountains with her squad. The Dhadak actress is adding mesmerising pictures from her vacation to her Instagram page and the Internet can't keep calm, reason - million dollar smiles of the Kapoor sisters. However, Janhvi did not reveal the location in her post. The happy faces in the vacation pictures are stealing the show on social media as Janhvi's latest post received over 3 lakh likes in just a few hours. Can't believe us? Take a look:

In a separate post, Janhvi shared a picture of her squad, where she can be seen posing on a tree. In the same post, she also shared a photo of herself enjoying the beauty of nature. Check it out:

Earlier in the day, Janhvi Kapoor announced that she will share screen space with Kartik Aryan in Dostana 2. Karan Johar's banner Dharma Productions will produce the film and Collin DCunha will direct it. Further in her post, Janhvi also revealed that the film will also star another actor, who she referred to as a "suitable boy" but wrote nothing more about it. "Omg! Can't control my excitement about joining the team of #Dostana2 . Can't wait to carry forward this franchise with Kartik Aryan, Collin DCunha and the third "suitable boy," she captioned her post. Take a look:

Janhvi Kapoor's RoohiAfza is slated to release on March 20 next year. She will also be seen in Karan Johar's Takht.