Jai Gangaajal Poster: Priyanka Chopra Isn't to be Messed With 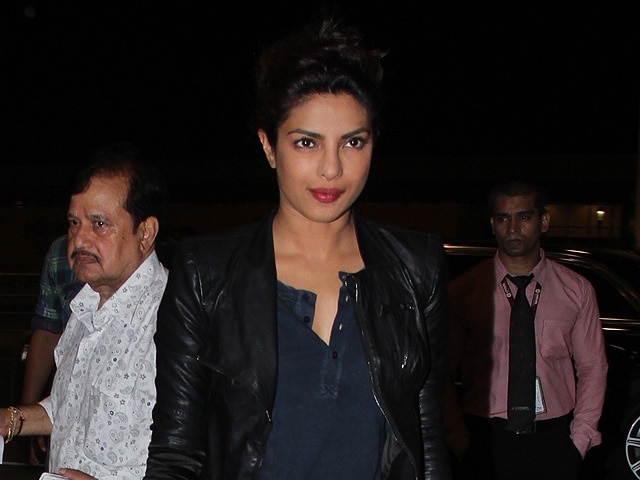 New Delhi: Dressed in a police officer's uniform, her hair in a neat chignon, actress Priyanka Chopra features on the first poster of her film Jai Gangaajal. Priyanka tweeted the poster and revealed that the film will release on March 4 next year.

So proud! Thank you @prakashjha27 for giving me 'Jai Gangajaal'! In theatres on March 4, 2016 - over to u guys! pic.twitter.com/rNtFfHkjol

Jai Gangaajal is a sequel to director Prakash Jha's 2003 hit film Gangaajal, which starred Ajay Devgn as a cop assigned to put an end to the autocratic rumblings of local politicians and goons in a town in Bihar.

Jai Gangaajal replaces the male protagonist with a female cop named Abha Mathur, who takes on some powerful and influential men in her district. The film has been extensively shot in Madhya Pradesh. (Also Read: Priyanka Chopra Instagrams Photos From the Sets of Gangaajal 2)

Earlier this year, Priyanka's look test for the role gave Mr Jha 'a bit of a scare':

.@priyankachopra 's LookTest#Gangaajajal2 gave me a bit of a scare! She looked like an underage TeenCop.. But only till the Camera Saw Her!!

This was Priyanka's look test, released in May:
This image was posted on Twitter by @PcOurHeartbeat
In June, Priyanka was spotted heading to Bhopal to begin filming. She later Instagrammed a picture from the sets with her director.

Meanwhile, Priyanka is Bollywood's busiest actress. Last seen in Dil Dhadakne Do, she is gearing up for the release of Sanjay Leela Bhansali's Bajirao Mastani, in which she plays the role of the Maratha general's first wife Kashbai. Priyanka is also currently shooting her American TV show Quantico in which she plays tainted FBI agent Alex Parrish. (Also Read: Keeping Up With Priyanka Chopra, Gangaajal 2 Done. Now Bajirao Mastani)