It's OK Kajol, We Forgive You For The Hairstyle In This Throwback Pic

"I swear this hairstyle was in trend...once upon a time," wrote Kajol 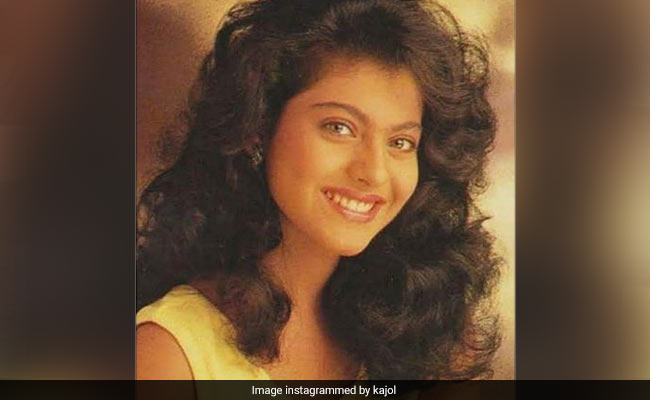 Kajol's latest post on Instagram will crack you up. The actress, on Monday, flipped through the pages of her throwback album and added an old photograph of herself to her "Me When I" series that she has recently started on social media. In the picture, Kajol can be seen sporting a hairstyle that was quite popular in the Eighties and the Nineties - a perm. Sharing a throwback picture, Kajol hilariously justified her fluffy curls: "What? I swear this hairstyle was in trend...once upon a time." She also added an ROFL hashtag - #UnnaturalPerm - to her caption along with the #InStyle and #MeWhenI hashtags. Take a look at Kajol's latest post here:

Kajol, who loves to decode her expressions in her posts with ROFL captions, has been adding hilarious posts to her "Me When I" series for some time now. Some of them feature her throwback photos while others comprise her recent images. We have selected a few for you, check them out:

Kajol's next project is the Netflix film Tribhanga, which will mark her digital debut. Produced by Ajay Devgn, Tribhanga will be directed by Renuka Sahane. The film will also star Tanvi Azmi and Mithila Palkar.