It's A Boy For Singer Neeti Mohan And Nihaar Pandya

"Neeti and our new born are both healthy and fine," wrote Nihaar Pandya 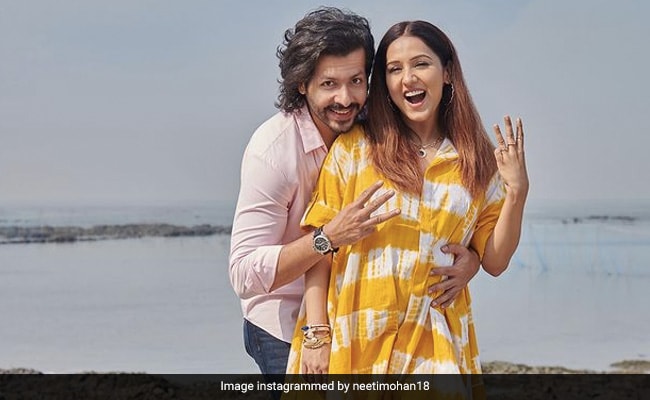 Singer Neeti Mohan and her husband Nihaar Pandya welcomed a baby boy on Wednesday night. Neeti Mohan shared a post this morning, in which she announced the big news. Neeti wrote in her post: "Our family, Nihaar Pandya and me are ecstatic to have welcomed our baby boy yesterday. To hold this little one in my arms is the most surreal feeling ever! Still sinking in. We are overjoyed and thank everyone for the love and wishes." Sharing the same silhouette shot on his Instagram profile, Nihaar Pandya wrote in his caption: "My beautiful wife gives me the chance to teach our little boy everything my father has taught me. She continues to spread more and more love into my Life each day. Most importantly, Neeti and our new born are both healthy and fine."

An excited Nihaar Pandya added in his caption, "Today on this cloudy / rainy day in Mumbai, we witnessed our 'SON-rise' .... The Mohan's and the Pandya's sincerely thank God, the doctors, family, friends and all well-wishers are very kind for showering Immense care, love and support on us always."

Nihaar Pandya and Neeti Mohan met at a friend's wedding. During an episode of Kapil Sharma's talk show,  Nihaar said: "A friend was a part of Aasma - the band that Neeti also had an association with. I always asked that friend to introduce me to Neeti, but it never happened. Surprisingly, at the same friend's wedding in Goa, almost a year ago, I met Neeti formally. I was in love with her... There on started our love story."

Neeti Mohan is best-known for singing popular tracks like Jiya Re, Ishq Wala Love and Saadi Galli Aaja on her resume as a singer. Nihaar Pandya is a model-turned-actor, who featured in films such as Manikarnika: The Queen Of Jhansi.