Responding to a request from singer Neeti Mohan, Kapil Sharma revealed the name of his baby boy 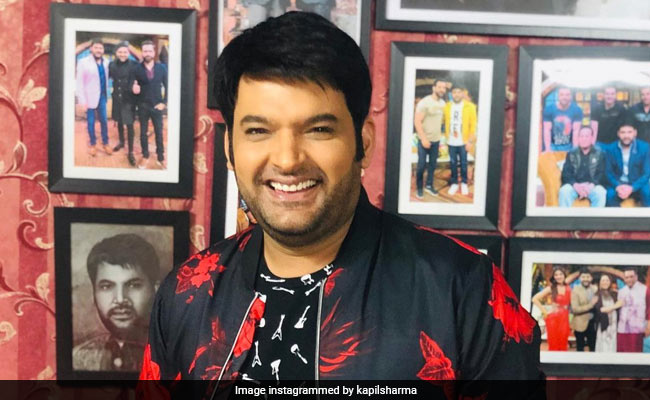 In case you missed it, Kapil Sharma revealed the name of his baby boy on Twitter recently - Kapil Sharma and Ginni Chatrath have named the baby Trishaan. Kapil Sharma and Ginni Chatrath got married in December 2018 and they welcomed their second child - baby boy Trishaan - on February 1. The couple are also parents to daughter Anayra, born in 2019. On Twitter recently, Kapil was responding to a request from singer Neeti Mohan, who wished the comedian on his birthday, tweeting: "Happy birthday, dearest Kapil. Lots of love to you and your family. Ab to baby boy ka naam bata do." Replying to Neeti, Kapil tweeted: "Thank you... hope you are taking well care of yourself. We named him Trishaan."

Thank you neeti hope ur taking well care of urself we named him trishaan https://t.co/776HlHVm0f

On February 1, Kapil Sharma made the baby announcement with this post: "Namaskaar! We are blessed with a baby boy this early morning, by the grace of God. Baby and mother both are fine, thank you so much for all the love, blessings n prayers. Love you all - Ginni and Kapil."

Namaskaar ???? we are blessed with a Baby boy this early morning, by the grace of God Baby n Mother both r fine, thank you so much for all the love, blessings n prayers ???? love you all ❤️ginni n kapil ???? #gratitude ????

Earlier in January, a month before Trishaan was born, Kapil Sharma tweeted that he was taking a short break from work as he wants to be with wife Ginni during her final trimester. Talking about taking "a small break" from The Kapil Sharma Show, Kapil said: "Because I need be there at home with my wife to welcome our second baby."

Kapil Sharma is best-known for hosting the popular television show The Kapil Sharma Show. He stepped in the TV industry with The Great Indian Laughter Challenge. Apart from TV shows, Kapil Sharma has featured in films such as Kis Kisko Pyaar Karoon and Firangiand he also dubbed for the Hindi version of The Angry Birds Movie 2. He will also be seen in a Netflix project that he announced earlier this year.